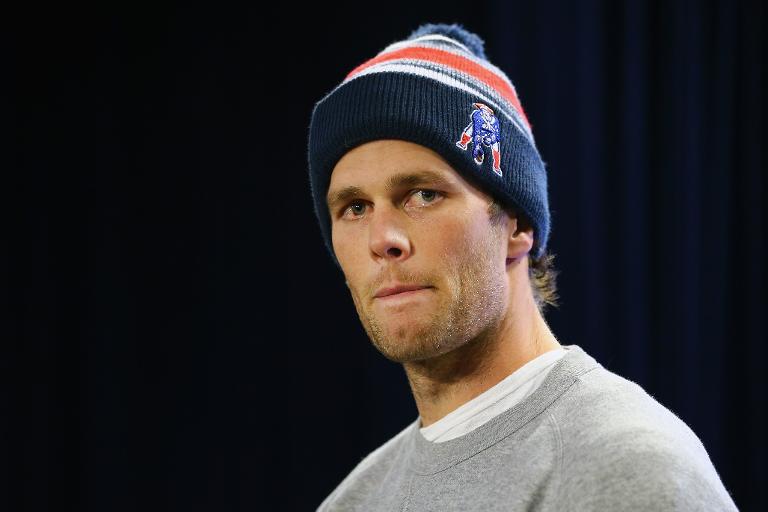 The lead investigator of the NFL report into the “Deflategate” scandal hit back at criticism of the probe on Tuesday, dismissing claims of a witch-hunt against quarterback Tom Brady and the New England Patriots.

Lawyer Ted Wells told reporters on a conference call that suggestions he had set out to condemn Brady from the outset were “ridiculous,” insisting his conclusions had been based on evidence alone.

“The idea that the NFL wanted me to put some kind of ‘hit’ on the most popular, iconic face in the league — it’s really a ridiculous allegation,” Wells said. “What drove this is the evidence.”

Brady on Monday was banned for four games following the publication last week of Wells’ report, which found that the star quarterback was most likely aware of the plot to deflate balls in the Patriots AFC Championship game against the Indianapolis Colts this year.

Brady’s agent Don Yee lambasted the NFL sanction against his client on Monday, saying it had “no legitimate basis.”

“This outcome was pre-determined,” Yee said. “There was no fairness in the Wells investigation whatsoever.”

Wells, who also revealed his law firm had billed by the hour for a total cost of “millions of dollars”, dismissed the criticism.

“I totally reject any suggestion that I was not independent or that the report was slanted in a way to achieve a particular result,” he said.

“I think it is wrong to criticize my independence just because you disagree with my findings.”

He reiterated that Brady had refused to hand over information from his mobile phone regarding text messages sent to Patriots staff included in the scandal, and noted that Patriots employee Jim McNally had referred to himself in one text as the “deflator.”

“No-one can ignore the implication of that text message. It is direct evidence and it is inculpatory,” Wells said, adding that if he had been a juror weighing the case: “I would have checked the box that said ‘proven’.”

According to photos posted on social media, several Patriots fans had handcuffed themselves together in the lobby of the NFL’s New York offices on Tuesday.

Other fans launched a crowdfunding page to raise funds to pay for the $1 million fine levied against the Patriots by the NFL.

The sanctioning of Brady, a four-time Super Bowl-winning quarterback who is one of the top athletes in American sport, continued to divide opinion.

Many felt that while the controversy would not diminish Brady’s achievements, it could not help but tarnish his image.

“It doesn’t change my opinion of him as a quarterback. But from a worldwide public perception, he’s going to be called a cheater,” former Washington Redskins great Joe Theismann told USA Today.

Several of Brady’s fellow NFL professionals felt the league’s punishment was too harsh.

“I honestly feel bad for Tom Brady!! I know first hand the type of competitor he is & how much work he puts in … came down too hard on him!” Cleveland Browns safety Donte Whitner wrote on Twitter.

Brady also won support from celebrities, with reality television star Donald Trump railing against the severity of the ban.

“People are so jealous of Tom Brady and the Patriots. No court could convict based on the evidence,” Trump wrote on Twitter.

Even prominent politicians weighed in, with US Senate Democratic leader Harry Reid of Nevada contrasting Brady’s punishment with the NFL’s failure to demand that the Washington Redskins change their name, deemed racist by Native Americans and critics.

“I find it stunning that the NFL cares more about how much air is in a football than it cares about a racist franchise name,” Reid wrote.