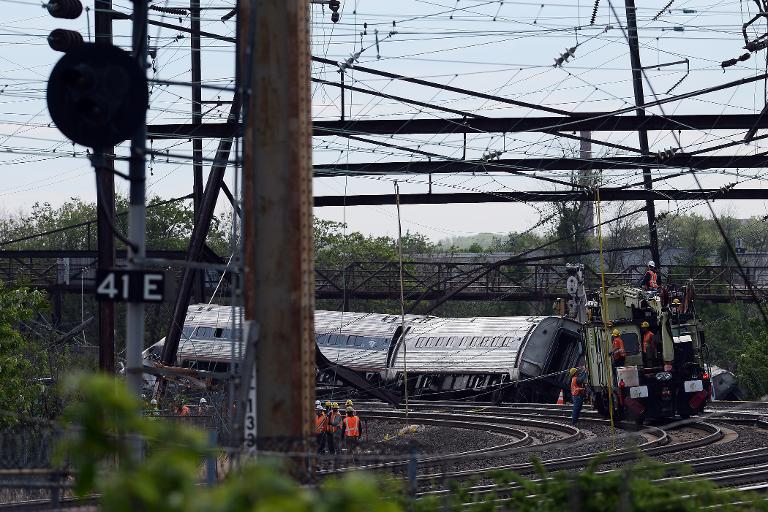 Search teams have recovered the black box from an Amtrak train that derailed in Philadelphia and sent it for analysis to help determine what caused the deadly crash, the city’s mayor Michael Nutter said Wednesday.

The train’s conductor was injured “to some extent” in the incident — which left at least six people dead — but was treated and was giving a statement to police, Nutter told reporters.

The mayor said the black box was “now in the Amtrak operations center in Delaware for analysis,” adding officials did not yet have any data from the device.

Officials reiterated that not all of the 243 people on board the train, which was traveling from Washington to New York, had been accounted for, without offering a figure. They added that some people may simply have left the scene uninjured.

“It’s a devastating scene,” said Robert Sumwalt, a member of the US National Transportation Safety Board, which sent a team of investigators to try to determine what went wrong.

“There are many first responders out there that are working. They are carefully examining the equipment to see if there is anyone else in the rail cars.”