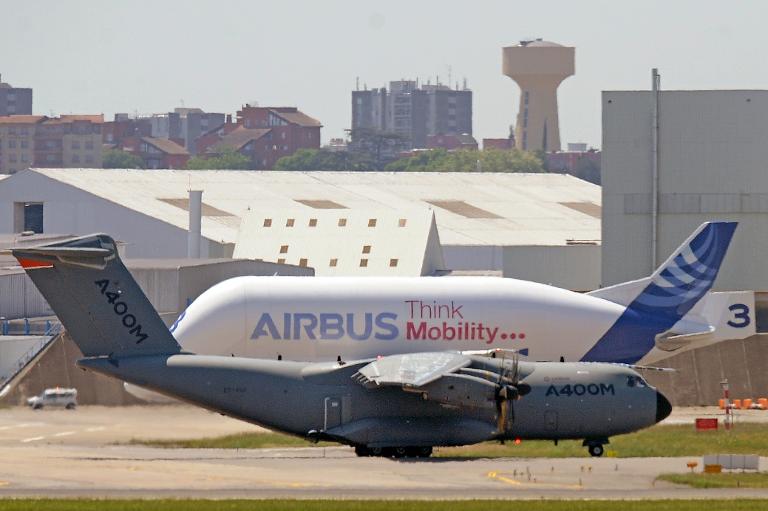 Airbus on Tuesday carried out the first test flight of a new A400M since one of the military transport planes crashed in Spain over the weekend, killing four people.

In a sign of the company’s confidence in the plane, the boss of Airbus Military, Fernando Alonso, was onboard the flight that took off from the company’s Toulouse, France headquarters for Seville, site of Saturday’s crash.

“The A400M behaved normally, all scheduled tests were carried out. This is our tribute (to the victims),” Alonso wrote on his Twitter account.

Onlookers and journalists applauded as the huge transport plane landed at Seville airport at 4:35 PM (1435 GMT) after circling the runway.

The passengers were met at the airport by Airbus staff before heading to Seville’s cathedral for a memorial mass for the victims of the crash, the first involving the new military transporter.

In his homily, Seville archbishop Juan Jose Asenjo said the accident had caused “deep sorrow” in Spain and across Europe.

“While death is always painful and it raises innumerable questions about the enigma that is human life, the unexpected death of four people in the prime of their lives is more painful still,” he added.

The coffins of the four victims, which were draped in the red and yellow Spanish flag and surrounded by wreaths of flowers, lined the altar of the cathedral for the service, which was attended by Spanish Defence Minister Pedro Morenes.

The A400M that crashed in a field and burst into flames just north of Seville’s airport was several minutes into a test flight.

It was due to be delivered to Turkey in July.

Two of the six people on board — a mechanic and an engineer — survived. They are listed in serious condition in hospital.

On Tuesday, Spain became the fifth country to ground its A400Ms pending the outcome of the crash investigation, following similar decisions by Britain, Germany, Turkey and Malaysia.

France, which has six of the planes in active operation, said it would only carry out the most pressing flights until more details emerge on why the plane went down.

“Obviously, as a precaution, while waiting for the results of the investigation, it is better if the planes in production and which are about to be tested do not fly without knowing what actually happened,” Morenes said on Onda Cero radio.

Spanish authorities on Sunday located the two cockpit recorders and handed them over to the judge investigating the crash.

The A400M is a large, propeller-driven transport plane that is assembled in Seville.

The plane’s 12-wheel landing gear allows it to land on soft and rough airstrips as short as 750 metres (2,500 feet), making it ideal for military and humanitarian missions.

It was launched in 2003 to respond to the needs of seven NATO members — Belgium, Britain, France, Germany, Luxembourg, Spain and Turkey — with Malaysia joining in 2005.

A total of 174 A400M planes have since been ordered by the eight nations, which are seeking to replace their ageing Hercules fleets.

About 20 of the planes are currently in various stages of production, Airbus said, and all must undergo testing before they can be delivered to clients.

Airbus said it was “too early to know what impact (Spain’s) decision will have on the supply chain.”

“We are working closely with military authorities and with our clients to deal with this situation,” a company spokeswoman said.

There are a total of 12 A400M planes currently in service.

In addition to the six operated by France, Britain and Turkey have two each and Malaysia and Germany each have one.