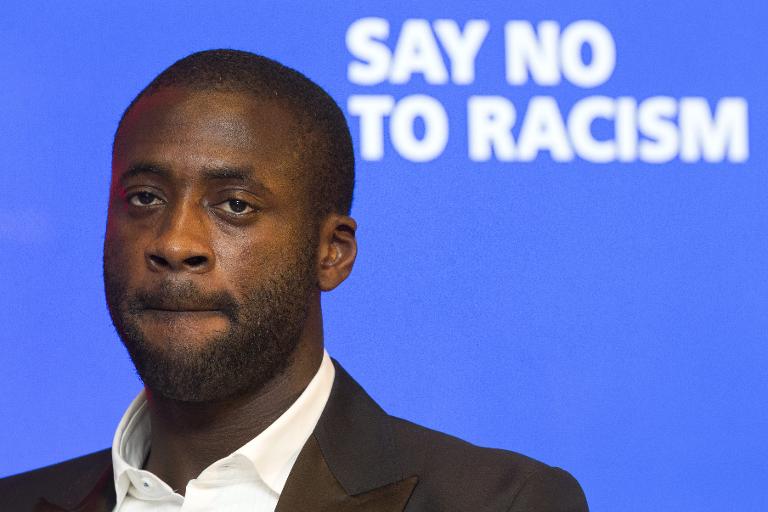 Manchester City midfielder Yaya Toure refused to discuss his future at the club on Tuesday when asked about the subject at the launch of FIFA’s new anti-discrimination monitoring system.

Toure’s agent, Dimitri Seluk, accused City of ignoring his client’s birthday last year and said last week that the Ivory Coast international, whose contract expires in 2017, was “90 percent certain to leave” during the close-season transfer window.

Toure, who turns 32 on Wednesday, has been linked with Inter Milan and Paris Saint-Germain, but he declined to comment on the reports.

Toure, a four-time African Footballer of the Year, joined City from Barcelona in 2010 and has helped the previously success-starved club to two Premier League titles, the League Cup and the FA Cup.

City manager Manuel Pellegrini played down the speculation when questioned about Toure’s future prior to his side’s 6-0 win over Queens Park Rangers in the Premier League on Sunday.

“We will talk about next season in the right moment,” Pellegrini said.

“Everyone at this moment can say what they want about rumours. I have never answered to Yaya’s agent, so I will not do it now.

“Yaya has a contract here for two years more, so in this moment we are only thinking about the best way to finish the season, then we will see what happens next season.”