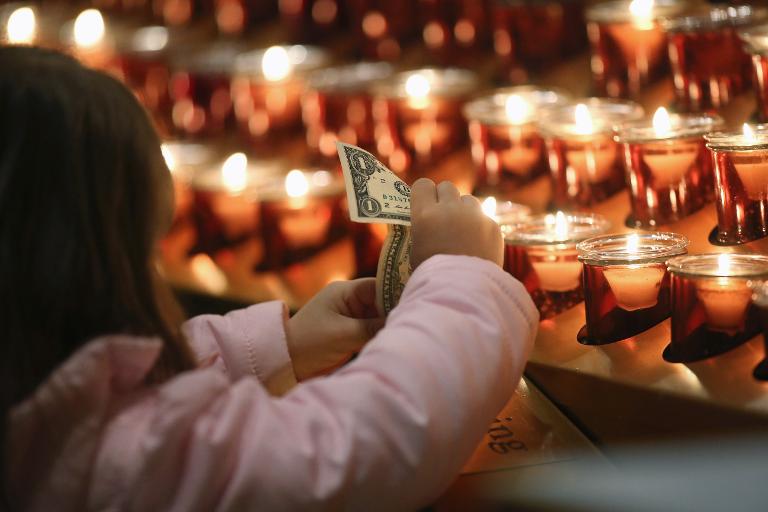 The United States is becoming a little less Christian, and a little more unaffiliated to any faith, a major study on the nation’s changing religious landscape suggested Tuesday.

“The United States remains home to more Christians than any other country in the world,” with 70.6 percent of its population, or 173 million adults, identifying as Christian last year, the Pew Research Center said.

But that figure is down from 2007 when 78.4 percent called themselves Christian, Pew said in its 200-page study, titled “America’s Changing Religious Landscape.”

The decline is seen across many segments of American society, including whites, Latinos, women, men and those with or without a college education.

But it is particularly marked among younger American, and concerns Roman Catholics as much as mainstream Protestants.

At the same time, Christians are also a more diverse group, a reflection of the growing Latino population, the study found.

While Protestants in 2007 accounted for 51.3 percent of Americans with religious affiliation, that slipped to 46.5 percent in 2014, with 62 million Evangelicals and another 36 million belonging to mainstream Protestant denominations.

Roman Catholics, who in September will welcome Pope Francis on his first papal visit to the United States, number 51 million, down three million from 2007.

At the same time, the proportion of Americans claiming no religious affiliation — the so-called “nones” — has grown from 16.1 percent to 22.80 percent.

That group — with a median age of 36 — is increasingly younger, while non-Evangelicals and Catholics — median age 52 and 49 respectively — is trending older, the study found.

Non-Christian faiths grew in proportion from 4.7 percent in 2007 to 5.9 percent last year, with growth particularly robust among Muslims and Hindus, albeit from a small base, it said.

Interfaith marriages are meanwhile growing in number, accounting for four marriages in 10 since 2010 compared to fewer than one in 10 prior to 1960.

Pew, which posted its findings on its www.pewresearch.org website, based its study on interviews with more than 35,000 people from June through September last year.