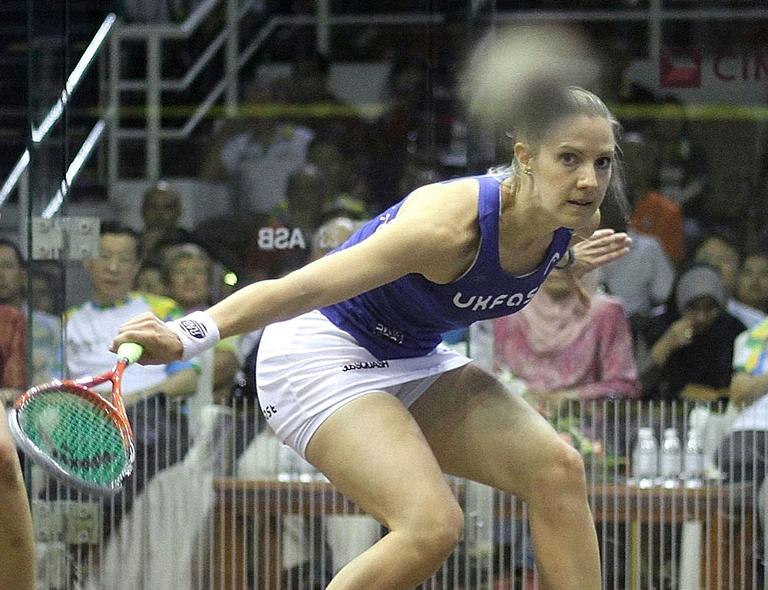 Laura Massaro, the only English player to have won both World and British Open titles, says her break from the tour this year could have led to her retirement.

Massaro begins an attempt to win back the British Open with a first round encounter on Tuesday with Joshana Chinappa, the Indian national champion, but it might all have been so different.

Only two months ago the 31-year-old Lancastrian was unsure whether she would ever play professional squash again because she felt so mentally and emotionally exhausted.

Right then Massaro’s chances of challenging to regain the British Open title she captured two years ago with a startling win over the titleholder Nicol David looked distinctly doubtful. It took five weeks away from the tour to feel better.

She admits that had this positive feeling not returned she could easily have given up. “I think I would have considered retirement,” she said.

“So if you take as much time out as I needed to get my enthusiasm back, you are taking a risk if it doesn’t come back.”

That spectre remained a possibility for two weeks because when Massaro went on holiday to Dubai with husband Danny, she began to feel that this was the good life.

But after three weeks she became a little bored, and after four she wondered what she was going to do next.

“You start asking a few questions,” she said. “When I watched Nick (Matthew) playing at Canary Wharf it made me think ‘can I do that in my game?’ Then I realised I can’t be ready to retire if I am thinking about how to improve.

“So I made myself sit out a fifth week — and after that I felt like I was 100 percent ready!”

What made this cathartic rest and reassessment — and risk — so necessary? Part of it was that few players have had such an up-and-down, roller-coaster year as Massaro did in 2014.

First she was the odds-defying heroine by winning the world title in David’s home town in Penang.

Emotions then swung fiercely in the other direction only nine months later with a quarter-final World Championships defeat in Cairo, making Massaro the briefest world champion on record.

In between she played a tenaciously good British Open final but still suffered the disappointment of relinquishing the title to David.

By the time she lost in Chicago in March to Emma Beddoes, an England team-mate whose performance she praised, Massaro was “completely and utterly gone mentally.”

She explained: “I thought to myself that if I go on playing and feeling like this on court then I don’t want to be playing anymore.”

She was also aware that any temporary failure to make the best of herself at the age of 31 would probably lead to decline.

However the rest has rekindled her optimism. With a consistent performance this week, and a belief that further hard work and training can pay off, she feels that many future highlights are possible.

“I definitely played my best years from the age of 28 upwards, so I don’t see why I can’t carry on playing well,” she said.

Might she continue as long as David, who is also 31, and who aims for another five years? By then squash could be making its Olympic debut.

“At this point 2020 seems quite far away,” Massaro answered. “Told I had to answer this question now, it would probably be no — but I’m not sure.

“If training goes well this summer it will be really, really difficult to stop and not play the season after that.

“It’s hard to predict five years into the future, but if things are going well, two or three years can go quite quickly. And then it is only a year or so to the Olympics — and the Games are within striking distance.”