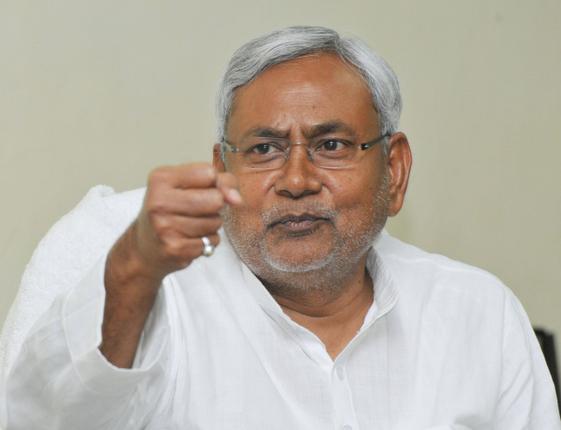 Patna: Bihar Chief Minister Nitish Kumar on Monday gave â€œzero marksâ€ to the Narendra Modi government, which will complete one year in office on May 26, and said it had lost the peoples’ faith.

â€œI do not see any achievement of the NDA government in one year. They wasted time…It is a complete disappointment. But it is historic in the present case that the popularity graph of the government crashed in such a short period of time,” he said.

“What marks can be given when they (Modi government) actually did not sit in the examination at all during the past one year? Marks can be given only when an answer sheet is submitted. It is missing in the present case,” Kumar said.

Without taking Modi’s name, the Bihar chief minister said “He came to power dishing out promises after promises but none of them were fulfilled in one year in power.

“Promise was given that everybody will get Rs 15-20 lakh from the black money brought back to the country. They (Modi government) could have at least provided Rs 1-2 lakh to everybody by now,” he said.

Kumar said BJP was trying to dish promises to voters in Bihar this time too ahead of Assembly polls scheduled later this year. “But, they will not succeed this time as people have come to know the truth.”

Continuing his criticism, Kumar said farmers were promised that they would get one-and-a-half times of the input cost but the MSP (Minimum Support Price) was not hiked.

Instead of providing better remuneration to farmers the NDA government brought the “anti-farmer” land acquisition Bill which aims to snatch cheap farm land from cultivators to give them to corporates, the Bihar chief minister said.

He sought immediate withdrawal of the Bill and implementation of 2013 Act brought by UPA government on the basis of approval of all parties, including BJP.

Kumar poked fun at the presence of as many as eight central ministers to launch three social security schemes on Saturday and said, “Para-trooping of ministers will not impress people.”