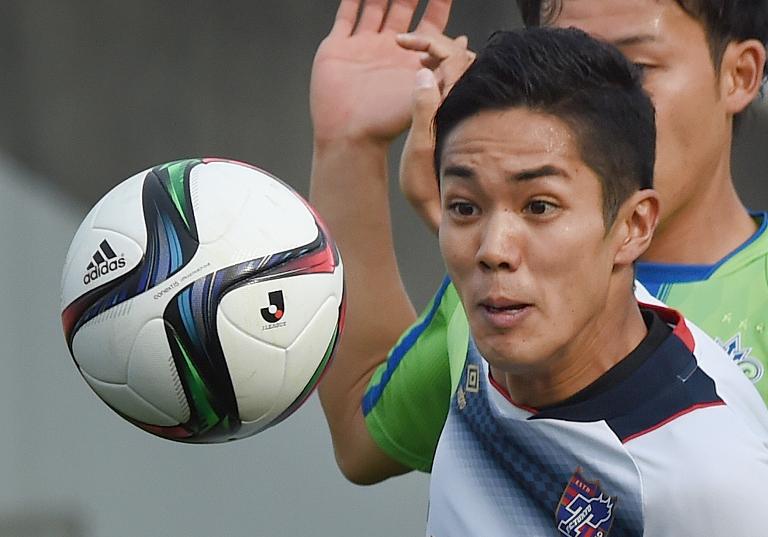 Details of his salary were not made available, but the paper said Mainz are ready to offer 3.0 million euros (402 million yen) as a transfer fee.

Nikkan Sports said other Bundesliga clubs were also sounding out the J-league team over a possible swoop.

The reports came after Chelsea made a formal offer for Muto worth a reported $5.9 million, which would have been a record transfer from the J-League to an overseas club.

But with the English team’s depth of talent and experience, particularly up front, there were concerns Muto might struggle to get playing time.

The German league, where Japanese players including Shinji Kagawa have thrived, would be likely to offer Muto more opportunities to get off the bench, the Sports Nippon said.

An FC Tokyo spokeswoman declined to comment on the reports.

Muto began his professional career at FC Tokyo last year, scoring 13 goals in 33 games to match the first-division record for a player in his rookie season.

The baby-faced striker also made his debut for Japan in 2014 and bagged his first international goal in a 2-2 draw against Venezuela in September.