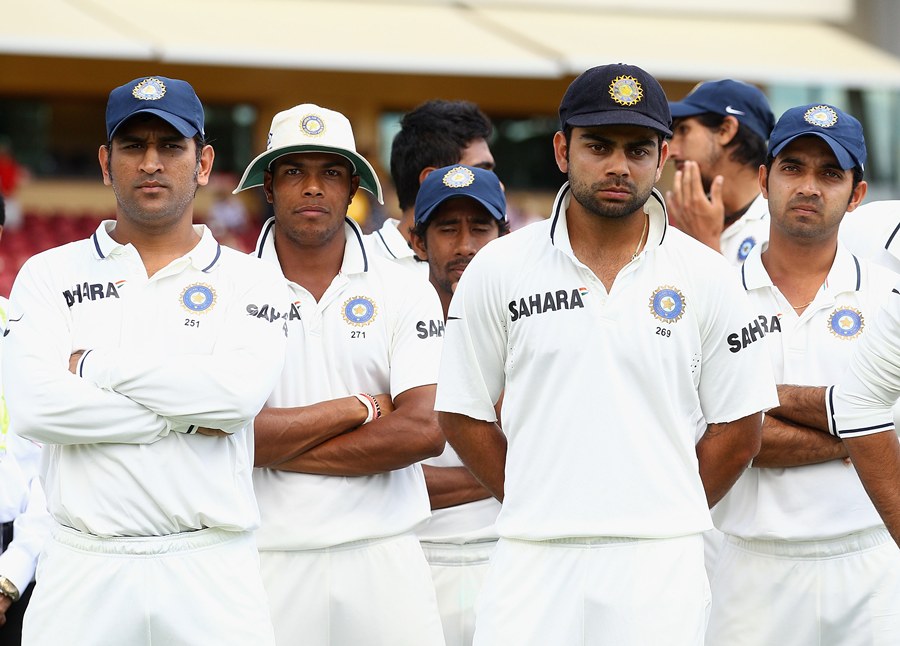 New Delhi: Strengthening their position in the international cricketing rankings, India benefitted immensely from the annual update of ICC Test Rankings as it gained four points and two places to occupy the fourth position in the latest chart issued on Monday.

In the annual update, the results from 2011-12 have been dropped from the calculations and outcomes from the 2013-14 series weighted at 50%. Thus, India’s heavy defeats against England and Australia in 2011-12 no longer count.

The annual update has seen a reshuffle in the middle of the pack and now just three rankings points separate third-ranked New Zealand from seventh-ranked Sri Lanka. Prior to the annual update, the gap between the third and seventh ranked sides was seven points.

Fifth-ranked England and sixth-ranked Pakistan have slipped on the ladder after dropping five points apiece. This is due to England’s 4-0 win over India and Pakistan’s 3-0 clean sweep over England among other results in 2011-12 being dropped from the rankings calculations.

Eighth-ranked West Indies has gained five ratings points to reduce the gap with seventh-ranked Sri Lanka from 17 points to 12 points. Bangladesh has collected six points and Zimbabwe has dropped 13 points as the difference between the two bottom-ranked sides have increased to 34 points.

As fifth-ranked England will take on New Zealand in a two-Test series on May 21 and sixth-ranked Pakistan travels to Sri Lanka next month for a three-Test series, the series outcomes may well result in significant movements on the ICC Test rankings.