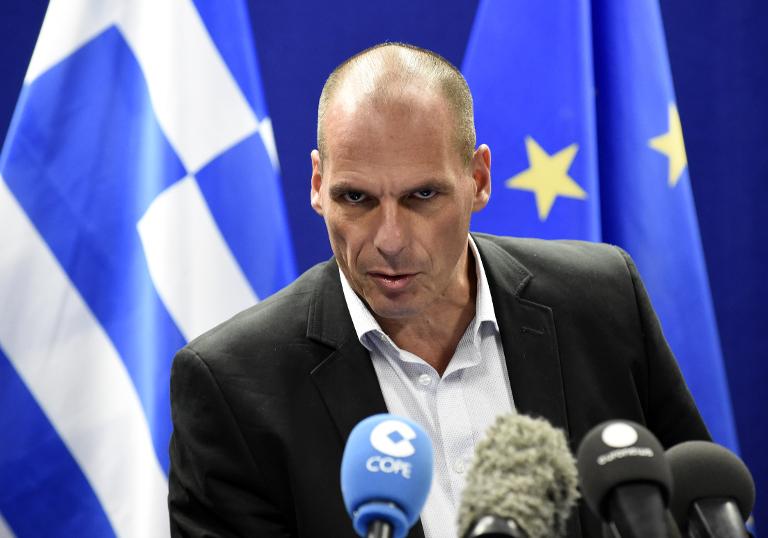 Greece won limited support from the eurozone Monday for the progress it has made in difficult bailout talks, but warned that Athens faced a cash crunch within two weeks without a deal.

Athens’s radical new government scraped together enough cash to order the repayment to the IMF of 750 million euros ($840 million) and avoid a default which could send it crashing out of the euro.

But eurozone finance ministers meeting in Brussels kept their tough line, saying Greece could not hope for any of the final 7.2-billion-euro tranche of its 240-billion-euro EU-IMF bailout until they make key reforms.

“We welcomed the progress that has been achieved so far… At the same time, we acknowledged that more time and effort are needed to bridge the gaps on the remaining open issues,” the Eurogroup statement said after talks in Brussels.

“The liquidity issue is a terribly urgent issue. It’s common knowledge, let’s not beat around the bush,” said the shaven-headed former economics professor, who has been at loggerheads with his international counterparts.

Athens has been squeezing funds from the central and local governments to be able to meet its payments, but mayors are beginning to resist.

World stock markets fell in response to the news, with Wall Street snapping a two-day rally to close lower Monday, while the euro dipped to $1.1154 in New York from $1.1208 on Friday.

Led by Germany, the Europeans still expect a rigorous regime of reforms from Athens including cuts to pensions, but Tsipras’s leftist government in power since January has so far refused to deliver on the terms of the bailout.

Eurogroup chief Jeroen Dijsselbloem insisted that a full deal was needed for Greece to get its remaining bailout funds, but raised the possibility of breaking up the reform programme into steps and then making staggered disbursements.

But the eurozone needed “more detailed proposals” from Greece, the Dutchman said, adding there was “a lot of work behind the scenes in Athens that needs to be done.”

EU economic affairs commissioner Pierre Moscovici said that on issues like pensions and the labour market, Greece had to make “alternative proposals for areas of programme that it rejects.”

Varoufakis said he hoped for a deal in coming days.

Meanwhile Germany floated the idea of a Greek referendum on the government’s policy, in a sign that Europe’s patience is running short.

“Maybe this would be the right measure to let the Greek people decide if it is ready to accept what is necessary,” powerful finance minister Wolfgang Schaeuble said.

Greece was hoping that the symbolic statement of progress won from the eurozone Monday will help persuade the ECB to keep emergency funds flowing to Greece’s fragile banks.

“The statement is a clear sign that the process is ongoing, and that’s something,” a European official involved in the talks said on condition of anonymity. “But will it be enough for the ECB? I don’t know.”