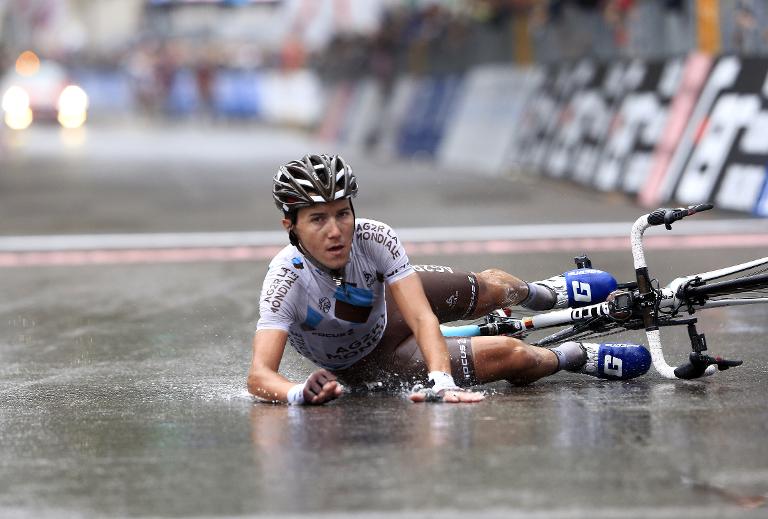 Italian cycling star Domenico Pozzovivo is set to leave hospital in Genoa after receiving treatment to head and face injuries following a heavy fall in the third stage of the Giro d’Italia.

Pozzovivo crashed heavily on a descent 94km into Monday’s stage from Rapallo to Sestri Levante, prompting fears his injuries could be life-threatening.

Belgian cyclist Wouter Weylandt died from injuries suffered in a crash during the third stage of the Giro d’Italia in 2011, but Pozzovivo — considered a possible podium contender — has escaped relatively unscathed.

Giro d’Italia deputy director Massimo Branca said: “He spent a good night in hospital, one of our staff was with him throughout the night and he informed me that he (Pozzovivo) was able to have breakfast this morning.”

Pozzovivo, known for his dislike of rapid descents, had over 20 stitches inserted in wounds to his head and face after losing control of his bike following a right-hand bend in the road.

He later told reporters: “I don’t remember how or why I crashed. I just remember the descent was challenging, perhaps one of my wheels skidded out.”

The Giro d’Italia will continue without the AG2R rider, with versatile Australian sprinter Michael Matthews still in command of the race ahead of Tuesday’s fourth stage, a 150 km ride from Chiavari to La Spezia.