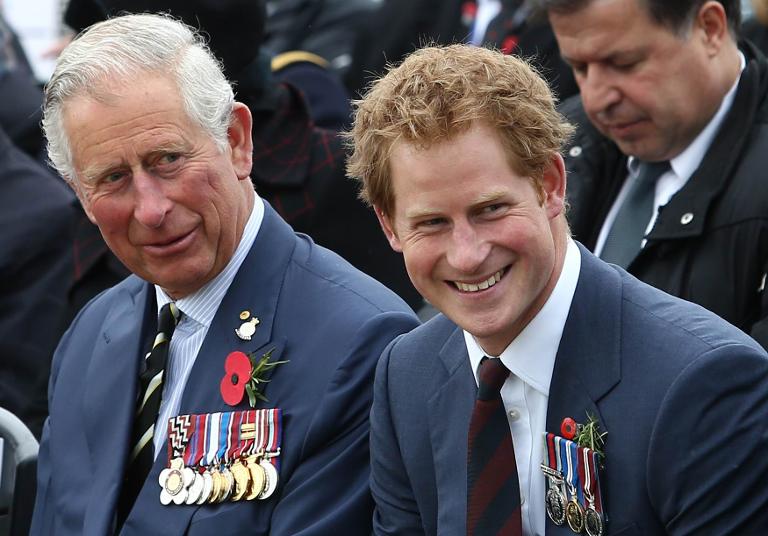 A right-wing fanatic who felt marginalised because of his ginger hair plotted the assassination of Prince Charles in the hope that his red-haired son Harry would become king, a British court heard Tuesday.

Mark Colborne, 37, from Southampton in southern England, who is on trial accused of preparing terrorist acts for several months in the run-up to his arrest in June 2014.

“I want them to see my transition from poor red-haired victimised minority that is constantly walked over to a fully transformed military terrorist,” he wrote.

Colborne allegedly said he wanted to “put a bullet in Charles’ head”.

“I would sacrifice my life for that one shot. Kill Charles and William and Harry become king. Kill the tyrants,” he wrote.

Colborne compared himself to Anders Behring Breivik, a Norwegian extremist who in 2011 killed 77 people in a murderous spree directed at proponents of multiculturalism.

In his notes Colborne also referred to his racial hatred for non-Aryans whom he refers to as “blacks and Caucasian idiots” and his hatred of the prevailing system and organs of the state, the BBC quoted Darlow as saying.

During the trial proceedings on Monday, Darlow said that Colborne “perceived himself as marginalised and belittled by society because he was a white, ginger-haired male”.

He trawled the Internet for explosives and acquired chemicals necessary to create the deadly poison cyanide, as well buying up dust masks, metal filter funnels, plastic syringes and latex gloves, the court was told.

“I’m looking for major retribution, a mass terrorist attack which will bring to the attention our pain not just mine but my brothers around the world,” he had written.

Colborne was arrested after his half-brother discovered the chemicals and papers detailing his racial hatred at the family home in Southampton, and called police.

He denies the charges against him.

As the eldest son of Queen Elizabeth II, Prince Charles is the heir to the British monarchy. Second in line is his eldest son Prince William, followed by William’s two children, George and the newborn baby Charlotte.

Harry, William’s ginger-haired younger brother, is fifth in line to the throne.