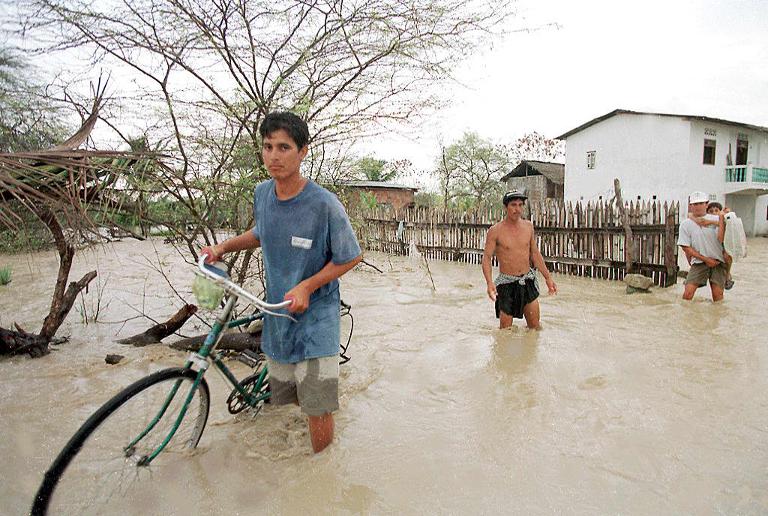 Australia’s Bureau of Meteorology Tuesday warned the El Nino weather phenomenon, which can spark deadly and costly climate extremes, will pack a punch this year after declaring its onset in the tropical Pacific.

El Nino is associated with drought conditions in Australia and occurs when the trade winds that circulate over waters in the tropical Pacific start to weaken and sea surface temperatures rise.

It is the weather system’s first appearance in five years.

“This is a proper El Nino effect, it’s not a weak one,” David Jones, manager of climate monitoring and prediction at the Bureau of Meteorology, told a media briefing.

“You know, there’s always a little bit of doubt when it comes to intensity forecasts, but across the models as a whole we’d suggest that this will be quite a substantial El Nino event.

An El Nino had been predicted to start in 2014 and officials said it was a “near miss”, but thresholds have now been hit in the tropical Pacific for the first time since March 2010.

“The onset of El Nino in Australia in 2015 is a little earlier than usual. Typically El Nino events commence between June and November,” the bureau’s Neil Plummer added in announcing the onset.

“Prolonged El Nino-like conditions have meant that some areas are more vulnerable to the impact of warmer temperatures and drier conditions.”

In Australia, El Nino is associated with below average rainfall and warmer temperatures in much of the country and a higher bushfire risk — a particular concern for parts of the country already in drought.

It is also expected to bring drier conditions to Papua New Guinea, Indonesia and parts of Southeast Asia, and heavier rainfall in the eastern Pacific and South American nations, raising the spectre of floods and landslides.

The phenomenon can cause havoc for farmers and global agricultural markets.