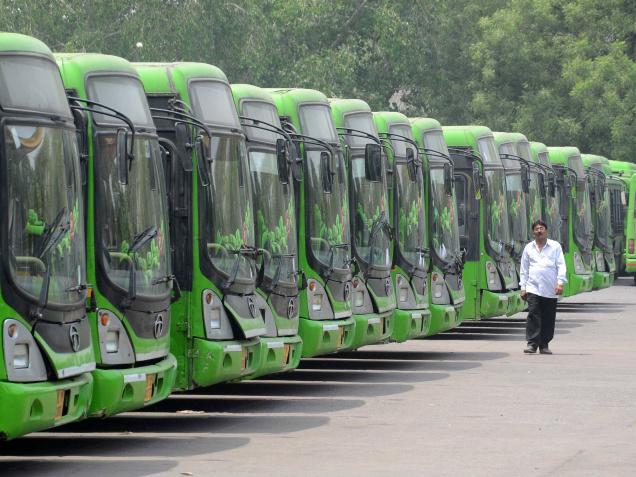 New Delhi: Choking the lifeline of most commuters in the national capital and continuing protests days after brutal murder of bus driver Ashok Kumar, who was beaten to death in a road rage incident, members of Delhi Transport Corporation (DTC) have refused to ply DTC buses on roads for second consecutive day till their demands are met.

Some DTC buses are plying in Southern and Eastern region of Delhi; there is a complete strike in North and Rural Delhi. Out of 4500 DTC buses, only 1000 of are plying.

“Under provision of ESMA, services of striking employees will be terminated if they don’t turn up for work. If any employee disrupts government work then they can be arrested also,” a senior official said.

The government has said that arrangement for more buses is being made to facilitate the passengers.

Meanwhile, the body of the DTC driver is yet to be cremated. Kin of Ashok have also joined the DTC employees in their strike.

“We will not cremate the body till our demands are met. Gopal Rai met us and offered us compensation and then we had told him that we won’t accept this but he didn’t assure us anything,” victim’s brother Satyanarayan said.

Delhi government has announced a compensation of Rs 5 lakh but victim’s family is demanding Rs 1 crore as compensation and a job to one of the relatives.