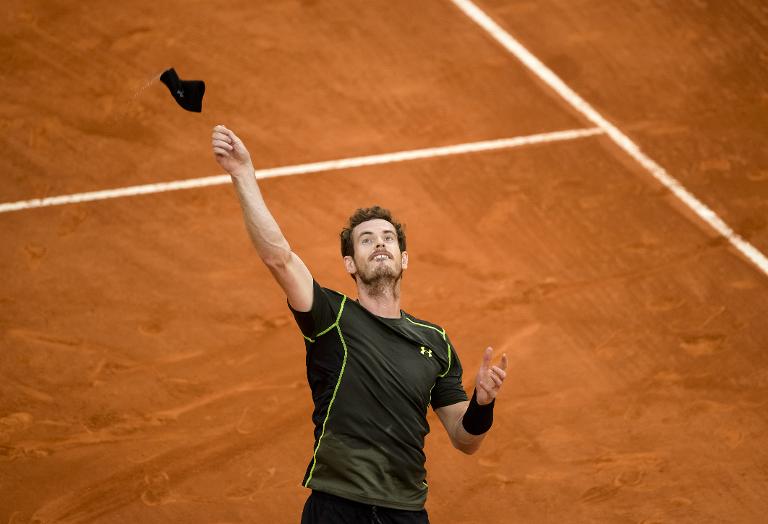 Andy Murray was reportedly ready to make a decision on whether to take part in the Italian Open after completing the best week of his career on clay with his first two titles on the surface.

Murray’s comprehensive 6-3, 6-2 defeat of Spanish ace Rafael Nadal in the final in Madrid on Sunday knocked the king of clay down to seventh on the ATP list, his lowest position in a decade.

Murray and his team were seriously discussing the pros and cons of playing in Rome, after their man won trophies in Munich and Madrid in the space of seven days.

Should he decide to play, Murray will open in the second round against Jeremy Chardy of France.

The third-ranked Scot could not have asked for a better French Open preparation and might not want to risk either injury or fatigue with Roland Garros starting in 13 days.

It’s a different story completely for Nadal, who desperately needs matches and confidence after going down in front of his home public to Murray in a Madrid final which did not even extend to 90 minutes.

Nadal insisted he feels his tennis is on the right path despite not having won a spring clay title.

“I’m already thinking in Rome, it’s an important change. You change from playing with altitude to no altitude there,” the Spaniard said.

“I’ll try to have a good week in Rome — and by a good week, that does not mean only to win. That means to do things good through the different days. Doing things well every single day, that’s a good week.”

Nadal called the event “a very complicated tournament, we have the top players there. But I also know if I manage to play the level I did (in the Madrid semi-finals) yesterday I can be competitive against every single player”.

The 14-time Grand Slam champion is set to play in an 11th straight edition at the Foro Italico and has played the final nine times in 10 visits.

The seven-time champion failed to reach a final only in 2008 when he lost in the second round.

Meanwhile, Briton Heather Watson knocked out nervous Italian Roberta Vinci 6-3, 7-6 (7/5) with the local admitting that her emotions get the better of her every time she plays Rome.

“I’ve had some very close matches in the past few weeks,” said Watson. “I actually feel very good, very comfortable on the clay…I was just having blips with my concentration.