Home World Cuba US can exchange envoys once Havana off terror list: Castro 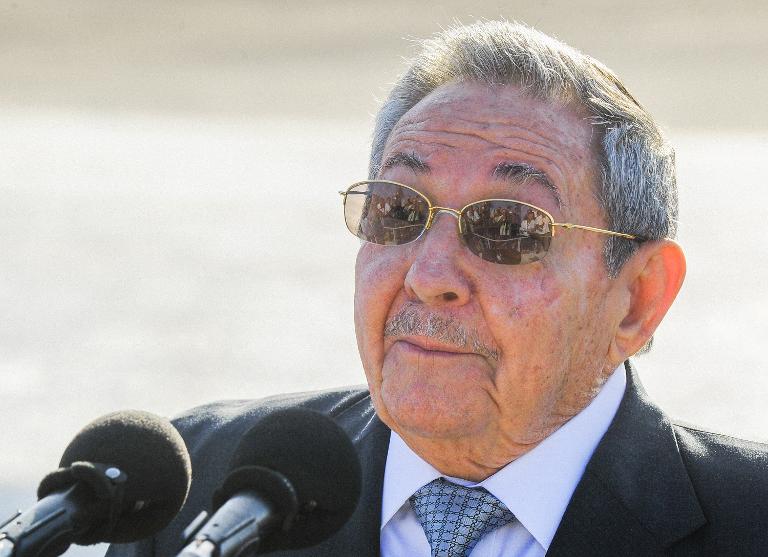 Cuba and the United States will exchange ambassadors once the island is removed from the US blacklist of state terrorism sponsors, President Raul Castro said Tuesday, though Washington said there was no set timetable.

Castro said conversations on the countries’ historic move to renew diplomatic ties were “going well,” and that the process would advance after the expiration of a 45-day period — on May 29 — for the US Congress to oppose President Barack Obama’s plan to remove Cuba from the blacklist.

“In 45 days, which expires on May 29, that accusation will be lifted and we will be able to have, to name ambassadors,” he said.

But a US State Department spokesman, Jeff Rathke, said no date had been set.

“Certainly, an exchange of ambassadors would be a logical step but only once we re-establish diplomatic relations. We do not have a fixed time for that,” Rathke told reporters.

Castro said restoring full US-Cuban relations could only happen after Washington lifts the trade embargo it has imposed on Cuba since 1962, which Havana calls “the blockade,” and hands back sovereignty over Guantanamo Bay, where the US has a permanent lease on a naval base.

Naming ambassadors will “extend our relations, but normalizing relations is another matter — the complete blockade has to be eliminated and the Guantanamo base must be returned,” he said.

Congress now has 45 days to pass a joint resolution against the move. But Obama’s Republican opponents would likely struggle to muster the votes needed to override a presidential veto.

Castro said the two sides are currently in talks on several pending issues, including restrictions on their respective diplomats’ movements and what he called “illegal” activities by staff at the US Interests Section, Washington’s diplomatic mission in Havana.

“I told… the president specifically that what worries me is that (US diplomats) will continue doing the illegal things they do now, or have been doing until now,” he said.

He cited as an example training sessions for independent journalists at the Interests Section or in US diplomats’ houses.

“These things can’t be done. What we propose is that we all have to comply with the accords on diplomats’ behavior worldwide approved in the 1961 Vienna Convention,” he said.

He made the remarks after seeing off French President Francois Hollande, who met Castro and his big brother Fidel, the father of the Cuban Revolution, on Monday in a landmark visit that underlined the warming ties between Cuba and the West.