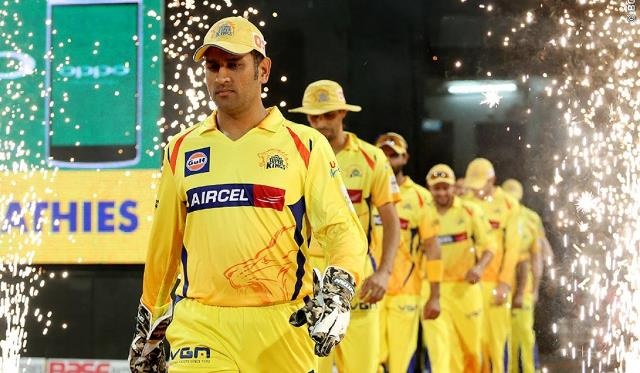 Raipur:Â Virtually assured of a berth in the playoffs, Chennai Super Kings would aim to tighten their grip on the number one position in the points table when they take on the out-of-contention Delhi Daredevils in IPL match on Tuesday.

With eight wins and four losses from 12 games, two-time former champions CSK are on top in the preliminary standings.

Daredevils, in contrast, lie second from bottom after losing eight of their 12 matches.

In fact, the side has succumbed to four consecutive losses with its last win coming way back on May 1 — that too against the bottom-placed Kings XI Punjab.

DD’s campaign has been nightmarish so far but the one factor that might help them tomorrow is that the side has nothing to lose after being knocked out of playoffs contention.

But, save for occasional minor slip ups, CSK have been clinical so far and it would be a huge task for JP Duminy’s men to upstage the title favourites.

Nothing seems to have worked for DD this season with multi-crore buy Yuvraj Singh being their biggest batting flop.

His lacklustre show in the middle-order has hurt DD badly even though Duminy and opener Quinton de Kock have also been disappointing.

On the bowling front, although veteran pace spearhead Zaheer Khan has managed decent figures since returning from injury, the attack has lacked the necessary sting.

CSK, on the other hand, are a team on a roll but not without their own set of worries to ponder over. Some of the frailties stood exposed last night against Rajasthan Royals even though the team managed to be on the winning side.

One of their concerns, as admitted by coach Stephen Fleming, is the dependence over New Zealand swashbuckler Brendon McCullum to get good starts.

The opener’s form has been very crucial in the games so far and for most part he has delivered as well but Dwayne Smith’s bat has gone quiet after the initial flourish and he wouldn’t find an easier opportunity to once again find form than on Tuesday.

Ashish Nehra has been leading the CSK bowling attack with remarkable consistency and he has found good support from the spin duo of Ravindra Jadeja and R Ashwin, who was not bowled in last night’s game.

Such has been the contrast in their form that CSK would be outright favourites even though DD’s nothing-to-lose position might just help them unshackle and create an upset.