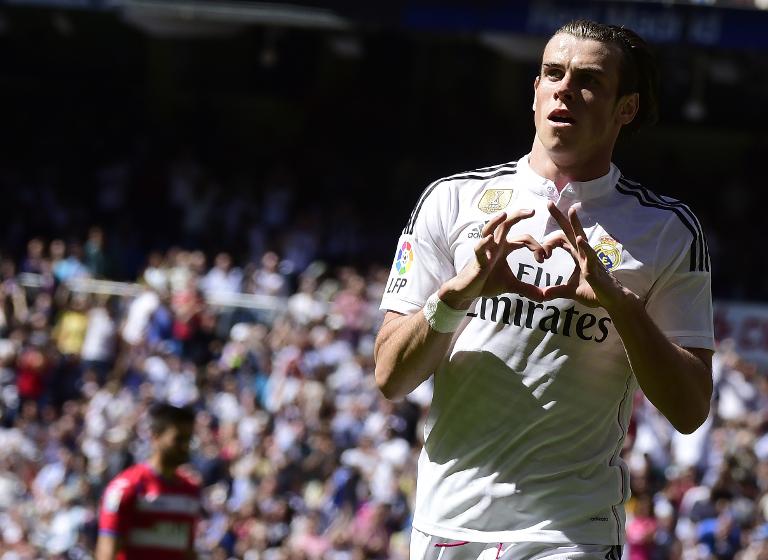 Real Madrid coach Carlo Ancelotti launched an attack on Gareth Bale’s agent for claiming the Welshman’s poor form this season is because his teammates don’t pass him the ball.

Jonathan Barnett, who oversaw Bale’s world record transfer to Madrid in September 2013, responded to fierce criticism of his star client’s performance in Real’s 2-1 Champions League semi-final, first leg defeat to Juventus last week by saying: “Real have to work with Gareth and pass the ball to him more.”

However, Ancelotti responded angrily to those comments, while also defending Bale’s output this season despite a return of just three goals since January.

“I think that Bale has had a good season. Last season he scored in the important moments, in the finals, and it could be that with some luck he will have the opportunity to do the same again,” Ancelotti said on Tuesday ahead of his side’s return leg against the Italian champions.

“We are happy with Bale’s season. There are many people in this world that like to talk and at times they do so too much.

“Bale’s agent has never been to one of our training sessions, he doesn’t know our atmosphere and he is talking from the outside. Bale has never had a problem with his teammates, neither have they with him. Bale loves his teammates and they love him. It would have been better for him not to say anything.”

World Cup star James Rodriguez denied that Bale is treated any differently from his Madrid teammates and called for unity as they look to get back to the Champions League final for a second consecutive season.

“Gareth is a good player, we all want to play with him, but not just him with Cristiano (Ronaldo), Chicharito and many more,” said the Colombian.

“I think that this is a team and we all have to be united.”

Madrid’s only realistic hope of a major title this season rests with becoming the first side to retain the Champions League after Barcelona opened up a four-point lead at the top of La Liga with just two games remaining on Saturday.

“The team is concentrated and desperate to play a great semi-final to have the chance to return to the final of this competition,” added Ancelotti, who could become the first coach to ever win the European Cup four times.

“It is the most important moment of the season because we are very close to playing another final and entering into the history of this competition.”

Ancelotti confirmed that striker Karim Benzema would be fit to feature after a month out with a knee problem, but didn’t say whether he or Javier Hernandez would start up front.