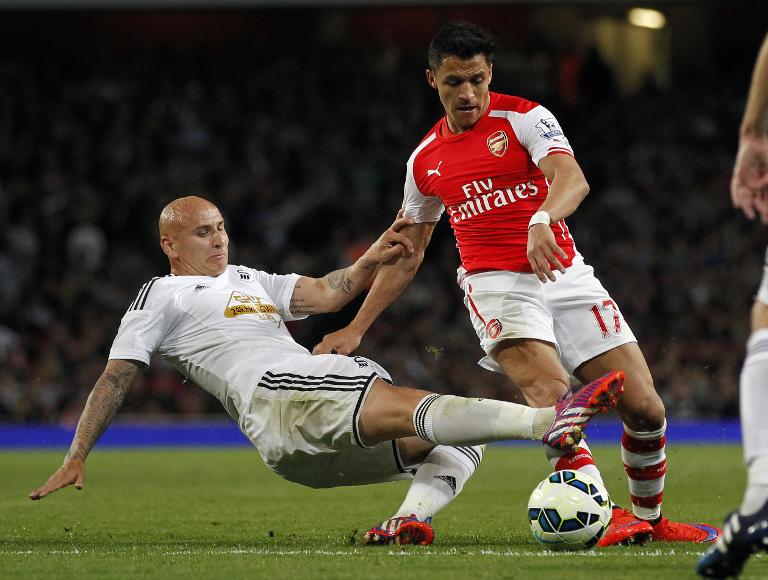 Arsenal manager Arsene Wenger brushed off his side’s 1-0 loss to Swansea City as “an accident” and challenged his players to atone when they visit Manchester United on Sunday.

Arsenal dominated Monday’s game at the Emirates Stadium, but having been kept at bay by their former goalkeeper Lukasz Fabianski, they capitulated in the 85th minute when David Ospina was unable to keep out a header from Swansea substitute Bafetimbi Gomis.

United can dislodge third-place Arsenal from the automatic Champions League qualifying positions if they beat them at the weekend and Wenger’s annoyance was plain during a post-match press conference in which he said Swansea had “refused to play completely and just defended”.

“We have still a game in hand,” said the Frenchman, whose team play host to Sunderland on May 20 before tackling West Bromwich Albion on the season’s final day.

“What is crucial is to respond on Sunday and show it is an accident today (Monday). That is the most important (thing).”

Arsenal had won nine of their previous 10 games, only dropping points in a goalless draw with Chelsea, and fielded an unchanged team for the fifth game in succession for the first time since January 1994.

It took until the 59th minute for them to register a shot on target and although they mustered eight more, there was no way past Fabianski, who saved from Olivier Giroud, Santi Cazorla, Theo Walcott, twice, Nacho Monreal, Aaron Ramsey and Alexis Sanchez.

“We scored plenty of goals until recently,” added Wenger, who felt that his forwards had been guilty of “rushing” their finishing.

“In the last two home games we didn’t score and that’s of course frustrating when you have so much of the ball, as we did tonight, and you play with such accuracy around the box.

“But they defended well. They came just to defend, with four defenders and six midfielders. They defended, that’s it. If you win, you’re fantastic. If you lose people say to you, ‘Why did you not play?'”

Having beaten Arsenal 2-1 at the Liberty Stadium in November, Swansea became only the second team to do the double over the London club and Manchester United in the Premier League era after West Ham United (2006-07) and Chelsea (2009-10).

Swansea manager Garry Monk took exception to Wenger’s criticism of his side’s approach and said their victory proved that they have become a more multi-faceted team.

“If we didn’t play, I don’t know how we got three points,” he said.

“If you watched all our games, we’ve won games totally dominating possession. The number one thing for me is that we try to do that in as many games as possible. The players know that.

“But there are times where you have to be adaptable and we’ve shown that time and time again this season.

But Monk appeared less than enthused about the prospect of a resource-stretching European campaign.

“What will be will be,” he said. “It’s not my focus. I won’t lie in bed worrying about it.

“The only thing that will change in that instance will be that the planning for the summer in terms of recruitment will have to be a lot more, not that the chairman will want to hear that.

“We’ve got two games left. We’ve got a very difficult game next week against Man City. We’ll have to see where it takes us.