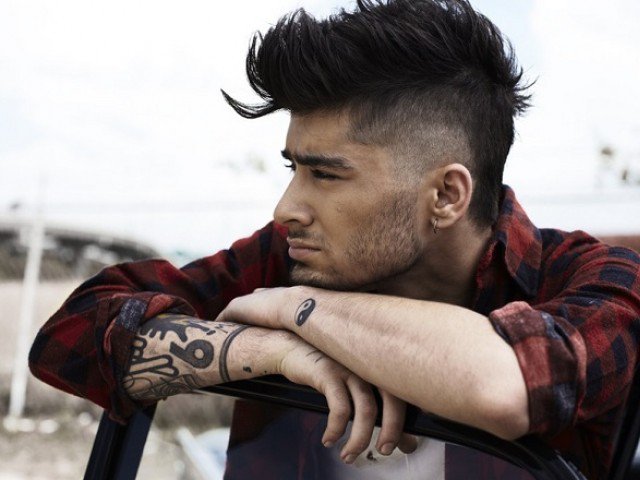 New Delhi: Bollywood surely loves its foreign imports and we have ample examples to justify this. With Katrina Kaif, Fawad Khan, Nargis Fakhri all arriving from foreign shores, we now have One Direction superstar and heartthrob Zayn Malik, who could be making a grand appearance in Bollywood with none other than the box-office queen herself, Farah Khan!

After quitting popular band One Direction, Zayn is finally focusing on his solo career as a musician. Apart from his charming looks, he has also been in the news a couple of times after rumours were abuzz that the singer may be making his Bollywood debut. However all of those rumours were untrue.

According to latest buzz, Farah was seen praising the young singer, saying, â€œHe is undoubtedly very popular. When I went to London for the Asian Film Festival, he had just split from One Direction. Everyone just kept talking about him. He is a really good looking guy. Quite cute, so why not?â€

Reciprocating Farahâ€™s compliments, Zayn too tweeted to a fan that Main Hoon Na is one of his favourite films!

The tweet said, â€œMain Hoon Naa. Great film, quite relevant title, too.â€ And such is the power of social media that the tweet got retweeted 27,000 times and garnered over 57,000 favourites.â€ On seeing this â€˜Main Hoon Na (MHN)’ director Farah Khan responded saying, â€œThank you Zayn you should be in part 2â€™.â€

This could possibly mean thereâ€™s a MHN sequel in the pipeline, but with Shah Rukh Khanâ€™s busy dates, it will most likely only see the light of day in 2017-18.

If Farah decides to cast the Bradford heartthrob, it will be great to see another Pakistani singer after Ali Zafar and Fawad Khan make his Bollywood debut.