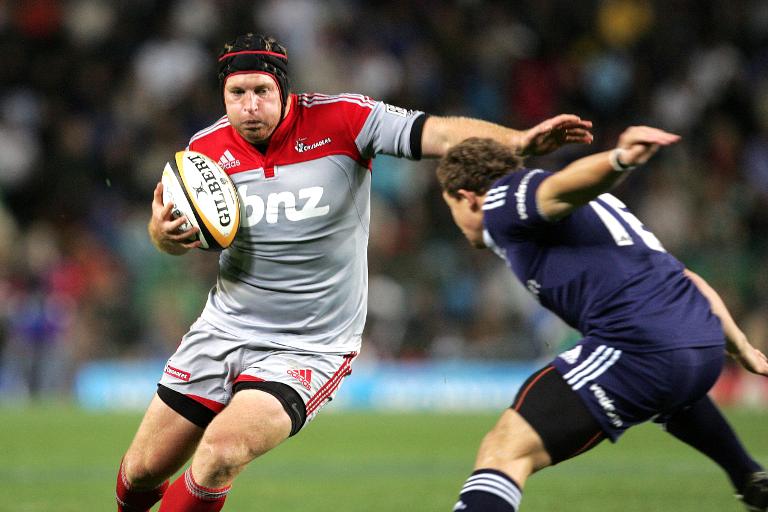 New Zealand-born back-row Thomas Waldrom was the toast of Exeter on Sunday as he took his try tally for the season to 16 with a double in a hard-fought 24-20 win away to Saracens that kept his side’s hopes of a place in the English Premiership play-offs alive.

Only the top four sides at next week’s end of the regular season will qualify for the play-offs, where two semi-finals and a final will determine the champions of England.

Exeter’s victory left the south-west side in fourth place but level on points with Saracens, who were beaten in last season’s final by current table-toppers Northampton.

Sunday saw the 32-year-old Waldrom, who won the last of his five England caps in 2013, underline his position as the Premiership’s leading try-scorer this season.

Luke Cowan-Dickie also crossed for Exeter, with Gareth Steenson converting all three tries and kicking a penalty as well.

Such was the quality of Waldrom’s latest display, Exeter coach Rob Baxter said he was worth considering for a recall to the Test squad ahead of this year’s World Cup in England.

“He’s a very good player at the heart of an improving pack. He could have had a few more (tries) over the season but for a number of penalty-try awards.

“England appear to be well served in that area with Ben Morgan and Billy Vunipola but both he and Dave Ewers have been in fine fettle.”

Exeter conclude the regular season at home to Sale and Baxter said: “Next week will be biggest game of rugby Exeter will have been involved in.”

“I’m hugely disappointed,” unhappy Saracens boss Mark McCall admitted. “It was not good enough to let them score three tries in the manner in which they did.

We didn’t take some big chances, didn’t show enough composure and we missed the muscle of Billy Vunipola.”

Saracens conclude their regular season against a bottom-of-the-table London Welsh team who’ve lost all 21 of their league fixtures so far this campaign.

“We just have to get five points from our game and score as many points as we can,” said McCall.