Home Cityscape UP to have countrys first road runway 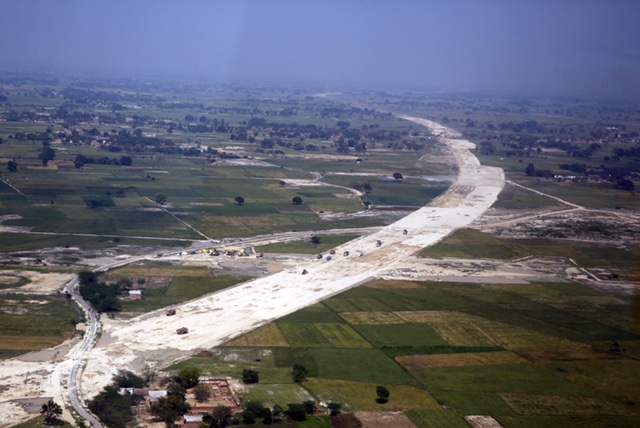 A decision to this effect was taken today at a high-level meeting at official residence of U.P chief minister participated by senior officials of Indian Air Force, UP chief secretary Alok Ranjan and CEO of Â UP Industrial Development Authority (UPEIDA) Navneet Sehgal, incharge of over Rs 13000 crore Greenfield project, highly placed official sources told NewsMobile in Lucknow on Monday.

The proposal of road runway was mooted by Ministry of Defence (MoD) Â which was agreed upon by the state government.Â  As per the proposal , a runway will be built on on any 2-3 km long special stretch on the upcoming Agra-Lucknow expressway for the landing and takeoff of Indian Air Force (IAF) fighter and cargo planes in case of an emergency.

This is first of its kind experiment in the country and can cater to air force stations of Kheira in Agra, Bamrauli in Allahabad, Chakeri in Kanpur and air stations in Lucknow. ” It is going to be one of the most innovative projects in the country,” sources claimed.

According to the sources, the MoD is willing to fund the project but the assistance and the consent of Uttar Pradesh government is the pre-requisite. It can be built simultaneously with the construction of the expressway which is already in the full swing with over 90 per cent of the reuired land has been acquired.

The â€˜Road Runwayâ€™ project may be the first of its kind in India but such facilities existed in several countries like Poland, Switzerland, Sweden, South Korea, Taiwan, Finland, Singapore and even in Pakistan, sources said.

The Lucknow-Agra expressway, being built on Â by five different developers, is passing through districts of Lucknow, Unnao, Hardoi, Kannauj, Etawah, Mainpuri, Firozabad and Agra with four townships and two big agricultural mandis are planned along the expressway.Â