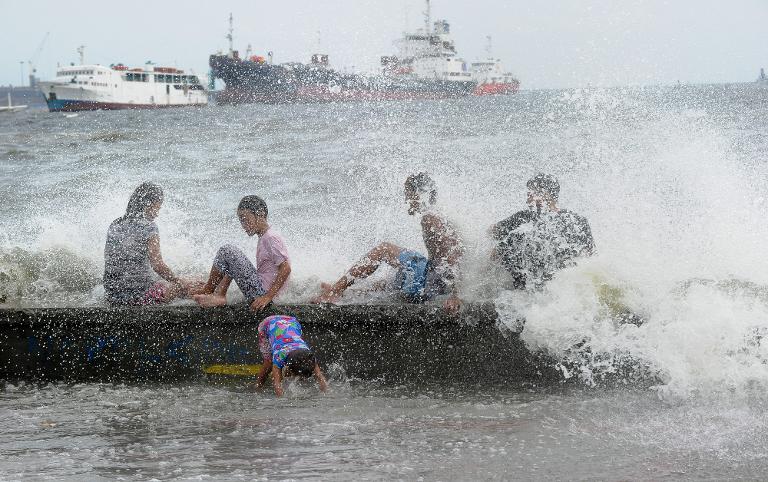 Two people were killed after a powerful storm grazed the country’s northeastern tip over the weekend, civil defence officials said on Monday.

Many of the people who evacuated from the storm’s path started to return home late Sunday night, after Noul — the fourth and strongest storm to hit the Philippines so far this year — whipped coastal villages with wind gusts of up to 220 kilometres (137 miles) per hour.

Authorities said they were not expecting significant casualties after most heeded pre-emptive evacuation orders issued from Friday.

“People listened to our warnings. They’ve learned their lesson from past storms,” Norma Talosig, civil defence director for the northeastern region, told AFP.

A 70-year-old man and his 45-year-old son died after being electrocuted while fixing their house in Aparri town Sunday morning as Typhoon Noul started to bear down.

But Talosig said there have been no immediate reports of heavy damage.

“We went around town telling people that it was best to evacuate ahead,” he said, adding there were no reported casualties in the town.

Still, up to 700 people did not leave their seaside huts until the winds started to blow violently on Sunday, he added.

At least five towns were without power, the National Grid Corporation said.

Most of the 3,000 people who left coastal fishing villages in the provinces of Isabela and Cagayan have started to return home, Talosig said.

Another 300 people have returned to villages near the slopes of Bulusan volcano in the central region, provincial disaster council head Raden Dimaano told AFP.

In Taiwan, 1,000 tourists were evacuated from the scenic Green island in the southeast coast in anticipation of the storm.

All flights and ferries to the Green island and another tourist spot, Orchid Island, were also suspended.

The Philippines is battered by an average of 20 storms per year, many of them deadly.

Another storm brewing in the Pacific Ocean is threatening the country and may enter Philippine waters early next week, he said.