Home Face Off The Peoples Banker 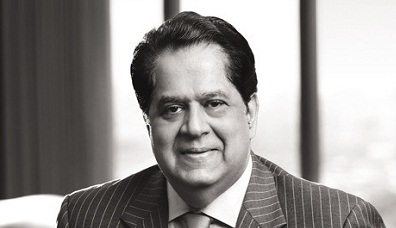 The word â€˜legendaryâ€™ and â€˜bankerâ€™ rarely go together, but when it comes to KV Kamath, they seem to make a natural fit.

Â In a career that spans 4 decades and is still not over, he has transformed a small bank into Indiaâ€™s second largest lender, gained pan-Asian banking experience and as if making banking history wasnâ€™t enough, he also holds a high position of responsibility in one of India Incâ€™s leading IT companies.

Kundapur Vaman Kamath was born on December 2, 1947 in a Gaud Saraswat brahmin family (GSB), in Mangalore, Karnataka where he spent most of his early years.

His love for machines and technology took him to theÂ Karnataka Regional Engineering College (now called National Institute of Technology Karnataka)Â in Surathkal for a Bachelors Degree in Mechanical Engineering.

Â After graduating from KREC in 1969, he joined theÂ Indian Institute of Management, Ahmedabad (IIM-A)Â for a Masters Degree in Business Administration to sharpen his management skills.

In 1955, Industrial Credit and Investment Corporation of India, ICICI, was formed by the World Bank and the Indian government to ensure a faster rate of growth in the country. Sixteen years later in 1971 to give new dimensions and dynamics to the corporation a new batch of management graduates were hired. Among them, was 24-year-old Kamath; fresh out of management school in Ahmedabad.

Kamath joined the Project Finance Division of ICICI as a management trainee in 1971. A quick learner, he demonstrated his entrepreneurial skills early in his career and his sheer talent caught the attention of the then chairman of ICICI, N Vaghul, who recalls, “Within a few months of my joining I had interacted with Kamath. He was at that time in the leasing department and I had more or less made up my mind that he would be my successor.” Indeed in 1996, ICICI welcomed its new Managing Director and CEO, KV Kamath.

Â Impatient by his dream and brimming with confidence to make ICICI a market leader, Kamath would soon take crucial steps that would influence the fortunes of this financial institution.

So was evident in September 1999, within three years of taking over as the Managing Director and CEO of ICICI, Kamath drew up aggressive plans for growth. That year, ICICI Ltd got listed on the New York Stock Exchange, NYSE, the first ever Indian financial institution to go the American Depositary Receipts, ADR route.

Kamath could sense the problem of HRD in ICICI, and it had to break out of the problem to survive.

His efforts ultimately lead to the computerization of ICICI. In recognition of this achievement, the Asian Banker Journal of Singapore granted him the title of the most e-savvy CEO present in Asia. Even today, ICICI Bank Ltd features one of the most sophisticated and technology derived banking system. In 2001, he was named the Asian Business Leader of the Year.

In May 2011, he was appointed as non-executive chairman of the second-largest software exporter,Â Infosys LtdÂ (earlier Infosys Technologies Ltd).

Kamath believes that once someone tastes success one must not let it go easily. Thatâ€™s where culture comes in. One needs to take the innovative spirit and push it to a level where change, learning, and knowledge sharing become a regular part of the companyâ€™s culture.

Kamath has received several awards. He is recipient of covetedÂ â€œPadma Bhushanâ€, one of Indiaâ€™s highest civilian honors, in 2008.

He has also been given an honorary Ph.D. by the Banaras Hindu University.Â