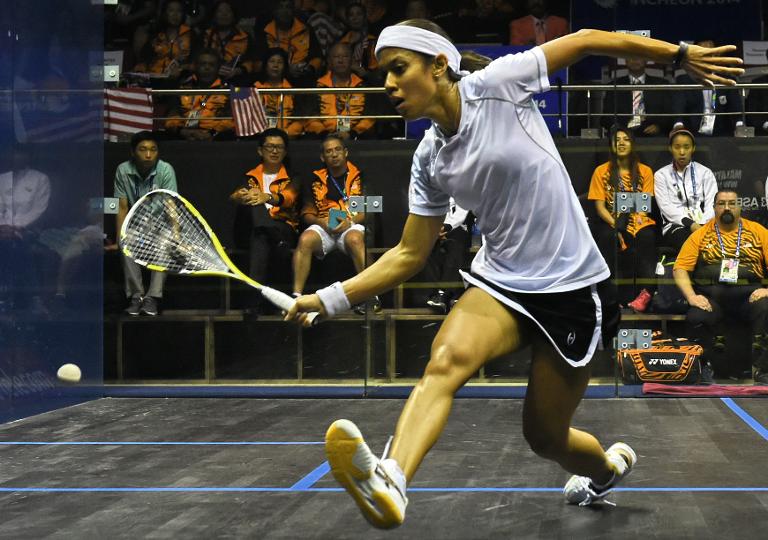 Nicol David, the multiple record-breaker who has been world number one for 106 months, faces a renewed challenge to her dominance when she begins the defence of her British Open title.

David is seeded to meet Raneem El Weleily in the final in Hull and the improving Egyptian has shown signs of being able to match the Malaysian great.

El Weleily beat David two months ago in Chicago and, three months previously she had four match points against David in Cairo before losing the most exciting world final of them all.

Although the 31-year-old David has appeared out of reach during most of the last eight years, El Weleily has whittled down her lead in the rankings to fewer than 600 points.

That’s a narrowing of the gap by 850 since the start of the year and, at the age of 26, she is still moving towards her peak.

David, however, has reasons for feeling good about this weekâ€™s venue, a North Sea port with regular ferries to and from her adopted home city of Amsterdam.

It was in Hull last year that she won an absorbing showdown with Laura Massaro, the English woman who had beaten her in the previous British Open final and had not long succeeded her as world champion.

â€œThere are two tournaments you want to pick to do well, the British Open and the World Open, and itâ€™s nice to have had time off to train before this,” said David, referring to her two-month break after the Chicago loss.

“Iâ€™ve also had tournaments in the earlier part of the year, so Iâ€™ve been able to analyse and refine what I did.

In particular, David watched a video of how she survived those extraordinary four match points in Cairo.

David admitted it been “tough” to lose to El Weleily in Chicago. “She took her chances and played really well,” David said.

David did however beat El Weleily in the final of the Cleveland Classic in February, her only title so far this year, but will be concerned over the next few days not to focus on their rivalry before dealing with other capable opponents.

She should have a second round with the improving Emma Beddoes, who beat Massaro in Chicago, was a member of Englandâ€™s world team title-winning squad, and has risen to a career-high world number 13.

After that David could face another rising Egyptian, Nour El Tayeb, aged only 22, who has just climbed to a career-high number five.

And in the semi-finals there could be another meeting with Massaro.

The former titleholder has also taken several weeks out, as far away from the game as possible, after being “completely and utterly gone mentally”.

El Weleily should have a quarter-final with Camille Serme, the in-form French player, and a semi-final either with Nour El Sherbini, the fourth-seeded former runner-up, or Alison Waters, the fifth-seed from England who beat David at the Tournament of Champions in New York in January.