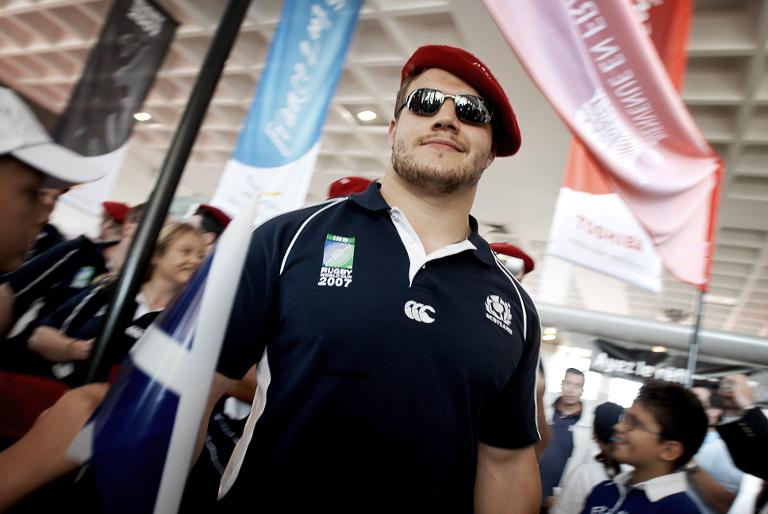 Scotland’s most-capped prop Euan Murray, who refuses to play on Sundays due to his religious beliefs, has announced his retirement from international rugby just four months before the World Cup.

Murray, 34, has long been regarded as one of Scotland’s top-class players but his decision not to play on the Sabbath due to his stringent religious beliefs has caused selection issues.

And with his wife Sarah now expecting their third child, the Glasgow Warrior has decided to step aside and allow Scotland head coach Vern Cotter time to make plans for his replacement.

“I am extremely proud and grateful to have represented the people of Scotland at rugby for so long,” said Murray, who has appeared 66 times for his country, more than any other tighthead prop.

The retirement of the 2009 British and Irish Lion will give Cotter a major headache ahead of the World Cup, which starts in England on September 18 after this year’s miserable Six Nations campaign.

“At his best Euan was a world-class tighthead prop. On behalf of the team and management, I wish Euan and his family all the very best,” said Cotter.

Former Northampton, Newcastle and Worcester forward Murray explained: “I have to be with my family as much as possible before and after the birth.

“Clearly, with the Rugby World Cup looming, the national squad will be training and playing throughout that period and I have too much respect for the national jersey to put myself forward in those circumstances.

“I’ve made this decision now after much deliberation and lengthy discussions with team management so that they can plan ahead accordingly.

“I’d like to take this opportunity to thank all the excellent coaches, world-class medical staff, supportive fans, friends, and, most of all, my family for helping to make my career possible.”

Murray – who scored two Scotland tries – added: “I will retire with many great memories of victories, tours, and friends, both in the playing squad and team management.

“I wish the Scotland men all the very best with this year’s Rugby World Cup and beyond.”