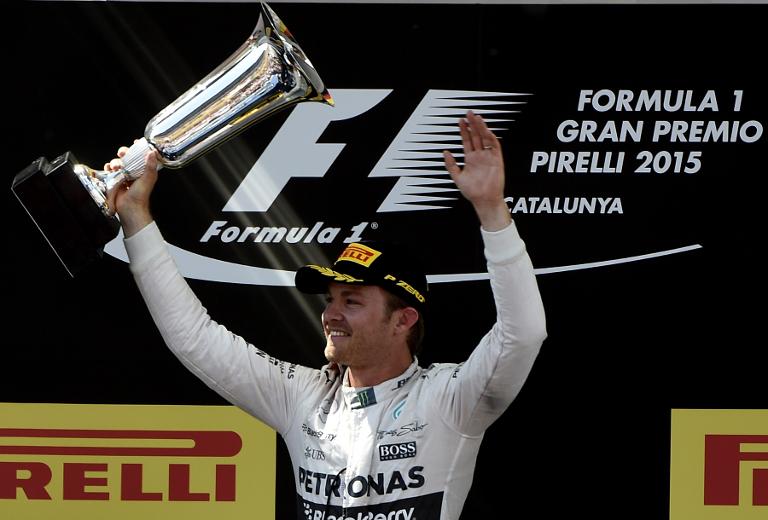 Formula One legend Niki Lauda admitted to feeling some relief after Nico Rosberg’s Spanish Grand Prix victory on Sunday not only rekindled Mercedes’ internal rivalry and team spirit but gave a much-needed boost to the championship.

Speaking after a dull but significant race in which Rosberg managed to rediscover his best form to end defending champion and team-mate Lewis Hamilton’s sizzling run of three wins in the opening four races, Mercedes director Lauda was adamant that it was a result everyone needed.

“Nico has fought back,” he said, with as much relief as the driver must have felt after finishing 17.5 seconds clear of two-time champion Briton Hamilton.

“I would say he is totally back and for the team and for him this is good.

“My worry was that if he hadn’t driven well here, then he would have lost some momentum in his head. So, thank God. It’s back!

“He is back to last year’s performance level and now we are back to this team spirit again, which is good for the development of the car and for the whole team.”

Rosberg’s ninth career victory enabled him to reduce Hamilton’s lead in the title race to 20 points ahead of his “home” race, the Monaco Grand Prix, which he won, following some controversy, last year.

“It is good for everyone,” added Lauda. “I was worried before this race. For the first four races, Lewis was so far ahead, he just blew Nico off the track.

“This has changed now. I was worried also, that here in Spain Ferrari would catch us (Mercedes) because nobody knew what upgrades they would bring with them, but again, we are aheadâ€¦. So, very good.”

The gap between Rosberg and third-placed four-time champion Sebastian Vettel of Ferrari was 45 seconds, a significant advantage, according to Lauda, following his drivers’ 14th one-two finish for the team.

If anything, however, the outcome â€“ highlighted by Rosberg’s long-awaited win â€“ camouflaged a dazzling drive by Hamilton who claimed a valuable 18 points despite a weekend of difficulties with his car.

The 30-year-old Englishman never found the balance and set-up he wanted, his new clutch failed him at the start when he suffered furious wheel-spin, he had a slow first pit-stop because of a wheel-gun issue and he was unable to deliver any of his trademark passing moves because of the characteristics of the track.

As a result, Mercedes decided to switch him from a two-stop strategy to three stops and he responded with the most impressive drive of the day.

“On a three-stop, with a compromised start, finishing P2 was the result of really great driving,” said Mercedes boss Toto Wolff.

“They were both faultless in this race. It is extremely satisfying for the team when we can pull off a result like that when things are not going perfectly.”

Hamilton had intimated before the race that he rarely enjoyed racing at the Circuit de Catalunya.

Afterwards, he said: “It’s been a long time since I’ve had such a bad start.

“I was fortunate to keep third. I tried to fight, but this track isn’t very good for overtaking – it’s actually the worst for overtaking, it’s impossible to follow here. For the guys at the front, it doesn’t matter what you do, you can’t get close enough.”

As he departed to prepare for round six later in the month, Ferrari were also licking their wounds and reflecting.

“Barcelona was not an easy track for us,” said team boss Maurizio Arrivabene.

“But it was not easy for the others, too. The gap to Mercedes is still there. We need to analyse that and understand it.

“If something is wrong, we have to do the work and take it with humility. We need to understand, we need to find out how to improve the new package, but it’s clear for us that the new package is better than the old one.”