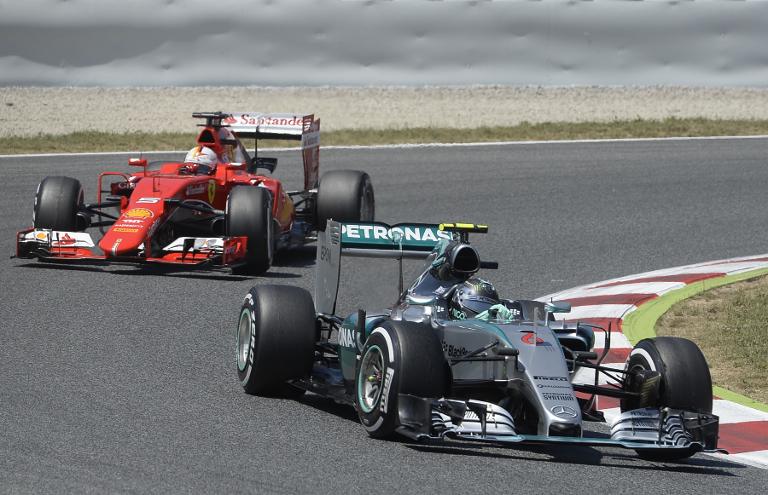 Nico Rosberg admitted he was surprised at the performance advantage he and Lewis Hamilton enjoyed in their one-two victory ahead of Ferrariâ€™s Sebastian Vettel in the Spanish Grand Prix.

Despite gaining second place ahead of defending champion Hamilton at the start, four-time champion Vettel was overhauled by Mercedesâ€™ three stop strategy and finished 45 seconds adrift.

â€œI think it was a surprise,â€ said Rosberg. â€œIt was much more than we have seen in recent races. It is a big step in the right direction and a bit of a surprise.

â€œBut it confirmed and showed we have an awesome car at the moment. I think we won the development race this weekend so for us this is an important indication for the season.â€

â€œI donâ€™t think this is the reality,â€ said the German. â€œIn general, I think our car is fine on every circuit this year, so I don’t see why it shouldn’t be competitive here,” he said.

â€œIn the past, this circuit is usually quite a good indication of how good your car is and so we still have some work to do. Obviously everybody has to push to make a step forward so I am looking forward to the next races.

â€œMaybe one race is not enough to confirm everything.â€

Meanwhile, Hamilton finished in the top two for the 12th consecutive race — a run that is the second best of all time.

Only seven-time champion Michael Schumacher has managed more top two results in a sequence, 15 in 2002.