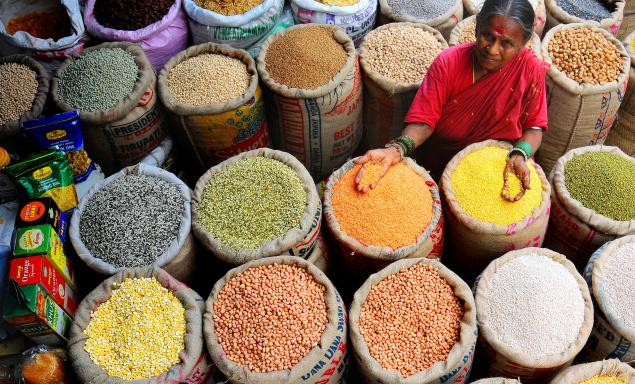 New Delhi: With the price of pulses shooting to the stars, the government is now rolling different plans to ensure that all demands are met, especially considering the expected fall of production this year.

As per sources, the government is looking into all options including increasing import of pulses and also to continue the current policy of zero duty on import of the key food item.

“We have had a few rounds of discussion. The situation is bad and we have to find ways to increase supply of pulses in the domestic market. Though all aspects of the issue have been discussed, no decision has been taken yet,” a government official said.

According to data available with the price monitoring cell of consumer affairs ministry, prices have increased up to 60-70% in comparison to prices last year.

Several factors including reduction in domestic production, supply constraint, which has also been impacted by fall in production in Myanmar, Australia and New Zealand. India largely imports pulses from these countries are responsible for these pocket pinching prices.

Late monsoon last year and unseasonal rains this year have adversely impacted domestic production as well. Rough estimates suggest that there is likely to be less production to the tune of 10 lakh tonnes, which may push prices further.

Sensing that importers of pulses may indulge in profit making, Odisha government has written to consumer affairs ministry to assign the task to appropriate authority to ensure that the information of landing prices of imported pulses be disseminated on a regular basis across the country.