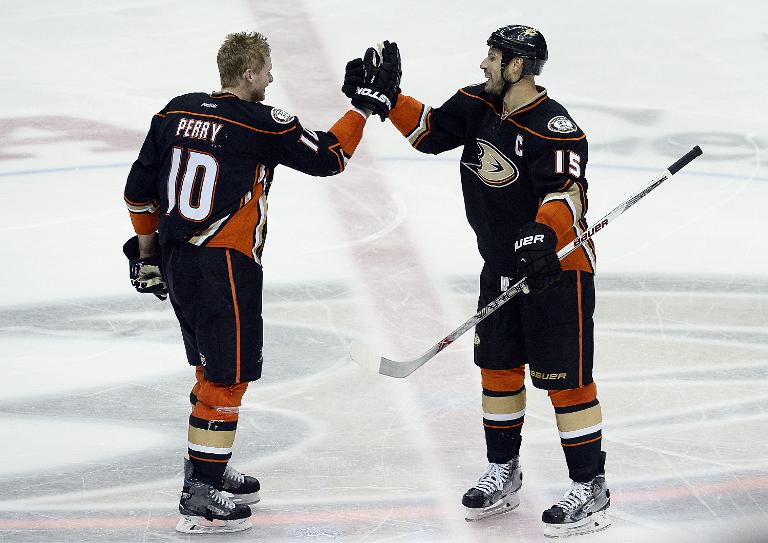 Anaheim’s Corey Perry, who had to leave the game in the second period after a controversial hit, scored in overtime as the Ducks edged Calgary 3-2 to reach the NHL playoff semi-finals.

Forward Perry was involved in a controversial hit by Flames’ Matt Stajan late in the second period. The Ducks’ star player was blindsided by Stajan who stuck out his hip at the last second and the two skated past each other.

Perry hobbled to the Ducks’ bench and went immediately to the dressing room but eventually returned. There was no penalty on the play.

Anaheim won the series four games to one and advances to face the Chicago Blackhawks, who swept the Minnesota Wild in four straight games.

Matt Beleskey tied the game on a power play early in the third period for the Ducks, who advanced to their first semis since capturing the Stanley Cup in 2007.

Beleskey scored in each of the five games in this series, and his five-game goal streak is a franchise playoff record.

Frederik Andersen made 17 saves, including one on Stajan with one second left in regulation to force overtime.