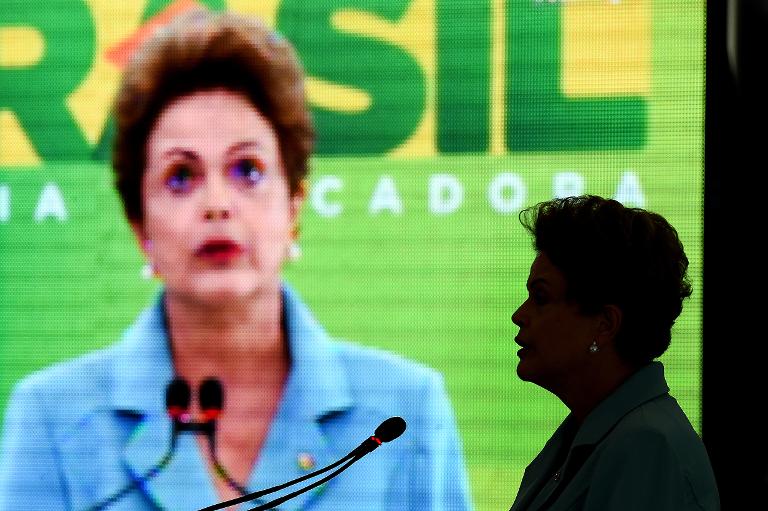 Corruption across Latin America must be overcome or foreign investors could turn their backs on the region as it seeks to attract capital inflows, experts warn.

The scourge of corruption has rocked leaders across the region, with Brazilian President Dilma Rousseff and Chilean counterpart Michelle Bachelet both embroiled by damaging graft scandals.

“Institutions are losing their shine, the quality that they should have,” Leite said, blaming the problem on a failure of governance.

“This should be looked at from the angle of leadership,” he stressed. “Good policies depend on having the right leaders. It is about leadership and talent as opposed to the institutions. It is about ethics and the way we govern ourselves.”

Both Bachelet and Rousseff have seen their approval ratings nosedive following scandals in their own countries.

Chile has consistently been ranked as the least corrupt country in Latin America according to an annual index issued by the Transparency International graft watchdog.

However Bachelet’s government has taken a hit after revelations that her son and his wife used political influence and inside information to make $5 million on a shady real estate deal.

While is there no evidence tying Bachelet to the case, the scandal has been devastating for Chile’s first woman president, who last week sacked her entire cabinet as she attempts to manage fallout from the affair.

Bachelet’s approval rating has slumped to 31 percent, the lowest level of her two presidential terms, and left her ambitious reform agenda in tatters.

In Brazil, Rousseff’s government is reeling from the country’s worst ever corruption scandal which has seen dozens of politicians, mainly close allies, accused of collusion in a kickbacks scheme involving contracts with state-owned oil firm Petrobras.

But “as long as the legislation is not modernized, regulated and starts to be applied, as is the case of Brazil, there is a certain instability in the progress,” Leite argued.

“Corruption sometimes has a cultural side to it,” Pena Nieto said. “It is the scourge of our societies, and especially across Latin America.”

His own government has faced corruption scandals and allegations of collusion, yet Pena Nieto said he still was criticized for making that comment.

At the forum, there were plenty of strong opinions on the problem.

“Stealing is culturally unacceptable (…) go ask your grandmother about what you’re about to do and put it in the newspapers, and then, you’ll see if it’s culturally acceptable or not,” stressed Gemma Aiolfi, head of Compliance, Corporate Governance, and Collective Action at the Basel Institute on Governance.

Pena Nieto has been mired in a scandal over his wife’s purchase of a Mexico City mansion from a government contractor. His finance minister, Luis Videgaray, has also admitted to buying a house from the same company.

But the presidential couple and the minister have rejected accusations of a conflict of interest, saying they were not directly involved in the awarding of multimillion-dollar contracts to the company.

And late last year, the government called off the concession of a contract over a high-speed train to a Chinese consortium amid controversy over how it was carried out.