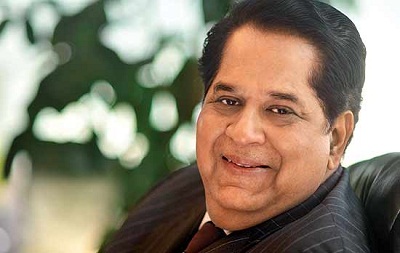 New Delhi: Eminent banker K V Kamath was on Monday appointed as head of the $50 billion New Development Bank being set up by the five emerging economies of BRICS grouping.

Kamath will have a five year term of the bank, which is likely to be operationalised within one year, Finance Secretary Rajiv Mehrishi said.

Kamath is the Chairman of the India’s largest private sector bank ICICI.

Leaders of the emerging economies of Brazil, Russia, India, China and South Africa (BRICS) had last year reached an agreement to establish the New Development Bank, with its headquarters in Shanghai. As per the agreement, India got the right to nominate the first president.

Kamath has been named the first president of the NDB, Mehrishi said.

The BRICS nations account for nearly $16 trillion in GDP and 40% of the world’s population.

The bank will start with an initial paid-in-capital of $50 billion with each BRICS country contributing $10 billion.