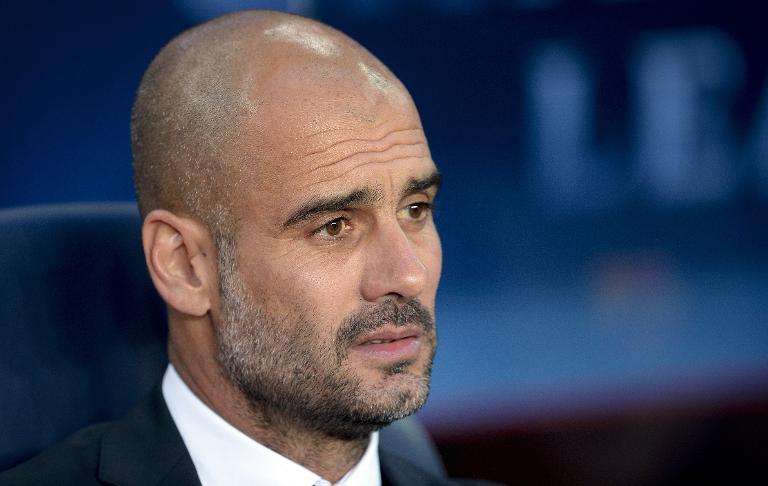 Pep Guardiola on Monday dismissed out of hand rumours he will quit Bayern Munich with a year left on his contract to become Manchester City coach for next season.

“Oh, boys. I have said 200 million times that I have a year left on my contract and will be here next season. That’s it!,” said an exasperated Guardiola ahead of their Champions League semi-final, second leg, against Barcelona having lost the first leg 3-0 away.

There were fresh claims over the weekend that Premier League giants City are negotiating with Guardiola to bring the 44-year-old to the Etihad Stadium to replace Manuel Pellegrini as head coach.

Broadcaster beIN Sports tweeted on Saturday that Guardiola has made a verbal agreement to manage City next season.

Former Bayern, City and Germany midfielder, and Sky expert, Dietmar Hamann said: “From my information they are in the advanced stages of discussions and it is very possible that he will already start there next season.”

Guardiola has reportedly been offered 22 million euros ($32.75 million) a year to help City usurp Chelsea at the top of the English league and give them the success in the Champions League that their owners so crave.

His Bayern contract expires in June 2016 and has already won five titles in two seasons at the Bavarian giants after winning 14 trophies in four years as Barcelona coach.

But Guardiola reacted passionately when asked if his goal is to be the world’s best.

“I’m not here to be the best trainer in the world. That’s shit,” insisted the Spaniard.

“I’m happy here, because I want to help the club and my players.

“I did my best in Barcelona and here too. For some people that is enough, but not for others.

“I am happy, when the relationship with my players is good.

“I’ve won everything, but titles aren’t so important for me.

“I had exceptional players in Barcelona and it’s the same here.

“I can only help, the players are the key.”