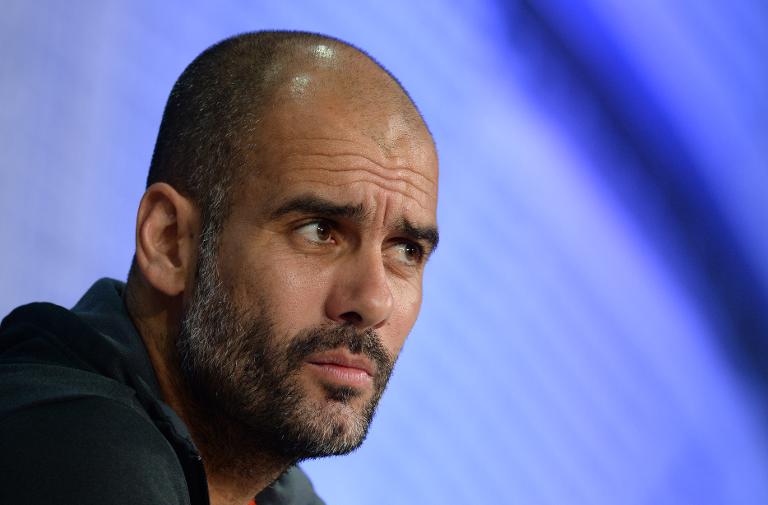 Bayern are chasing a miracle at the Allianz Arena after their humbling 3-0 first-leg defeat last Wednesday when Lionel Messi capped a dazzling display with two goals to sour Guardiola’s return to Barcelona’s Camp Nou.

No team has ever over-turned a three-goal deficit in a European semi-final.

With his side staring down the barrel of a semi-final exit for the second year running, Guardiola knows Bayern can ill afford to throw caution to the wind against a Barcelona attack boasting Messi, Neymar and Luis Suarez.

But he believes they can shock the Spanish league leaders.

“Push forward, push forward? No! We have to defend well and control the game,” said the 44-year-old, who has denied rumours linking him to Manchester City for next season.

“There is no problem with this team’s mentality.

“There are six or seven guys in the squad who have won the World Cup and they know what needs to be done.

“It’s not enough to have the most possession and defend well, you also have to create chances against Barcelona.

“If we make a mistake, they will punish it.

“We have to take the chances we create, it won’t be easy, but with the quality we have, we’ll see what happens.”

One factor in Bayern’s favour is that they emphatically turned their 3-1 quarter-final, first-leg defeat at Porto into a 6-1 rout in Munich with five goals in the opening 45 minutes.

But a fortnight on, Bayern are on a four-match losing streak, although Guardiola insists confidence is not a problem.

“The players have showed that they want this,” said the Spaniard.

“We turned around a 3-1 against Porto, but this is completely different.

“It’s a huge challenge, but we will try.”

Barcelona arrive with a significant advantage in their bid for a first victory in the Bavarian capital.

Strangely, Barca couch Luis Enrique has insisted “it doesn’t look good for us”, but Guardiola admits he would have said the same thing if the roles were reversed.

“As a coach, you don’t know what will happen, I would have said the same in his position,” said Guardiola.

“We are Bayern Munich. I have never thought before a game that we have no chance.”