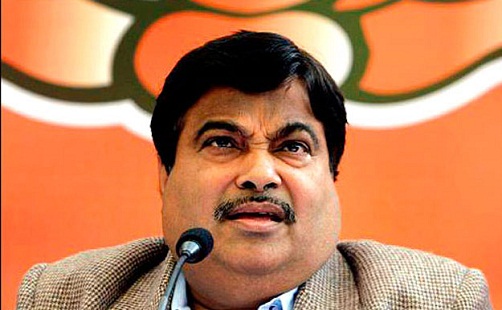 New Delhi:Â With Congress baying for his blood, Union Minister Nitin Gadkari on Monday broke his silence on the CAG report on irregularities in loan extended to his family-linked Purti Group, saying the government auditor has nowhere named him as a wrong-doer and there was no charge of corruption or misappropriation.

Amid slogan-shouting by Congress members seeking his resignation, Gadkari read out a statement in Rajya Sabha saying the CAG report was “deliberately being misinterpreted for political reasons.”

“My respectful submission before this august House is that let us follow the established procedure in the matter of CAG reports and if any wrong-doing is established by the PAC, which will be discussing the CAG report in due course of time, the law should take its own course,” he said.

“The CAG has nowhere named me as a wrong-doer nor there is any adverse comment against me. There is neither any indictment nor any charge of corruption or misappropriation against me of the PSKL,” the Road Transport and Highways Minister said.

But the Congress members were not satisfied with his statement and continued to raise slogans from the Well of the House demanding his resignation and forcing two adjournments before noon.

Gadkari said the principal loan amount of Rs 46.63 crore was provided by state-run Indian Renewable Energy Development Agency (IREDA) to Purti Group for a 22-MW bagasse-based power plant in Nagpur and major part of the interest has been repaid.Stating that he was Chairman of Purti Sakhar Karkhana Ltd (PSKL) from 2000 to 2011, Â said he was neither an MP nor held any public office in government when the 13-year loan was extended to the firm in 2008-09.Â “The Audit report alleges lapses/irregularities in procedures followed by IREDA, which were explained in detail by IREDA and comments of the CAG are not acceptable to IREDA,” he said.Â “PSKL has not committed any misappropriation nor has it misrepresented any facts before IREDA. The audit report does not allege any such conduct,” he claimed.Â

PSKL, Gadkari said, has settled the loan amount by repaying the full principle and major part of the interest, amounting to 84.81 per cent of the total outstanding and was “far better placed than other companies which settled their loan with IREDA under the one-time-settlement scheme.”

He claimed that PSKL complied with all requirements as per established guidelines and procedures defined by IREDA. “PSKL has always followed rules and procedures governing the business in letter and spirit and has never indulged in any unlawful practices.”

The Public Accounts Committee (PAC) will now scrutinise the CAG report that has alleged irregularities in Rs 48.65 crore loan given by IREDA to the Nagpur-based company, whose promoters and directors including Nitin Gadkari had given “personal guarantee”.

Congress members continued to raise slogans demanding Gadkari’s resignation and refused to go return to their seats even after he finished reading the statement.Deputy Chairman P J Kurien said members can seek any clarification or ask questions on the minister’s statement and asked the members to go back to their places.

But the Congress members remained unrelenting, forcing him to adjourn the House for 10 minutes.

Earlier, Anand Sharma (Cong) said he has given a notice under rule 267 seeking suspension of business to take up the CAG report.

Alleging a scam, he said the loan was given to Purti Group for constructing a power plant based on bagasse but the feedstock was midway changed, without intimation, to coal.

“This is cheating,” he said, adding that in the past the government of the day had been put in dock and ministers resignation demanded over leaked CAG report.He said an impartial inquiry is not possible till Gadkari remains a minister. “Prime Minister has repeatedly said he has zero tolerance for corruption. We now want to see his zero tolerance (in Gadkari’s case),” Sharma said.Minister of State for Parliamentary Affairs Mukhtar Abbas Naqvi termed the allegations as false and baseless.