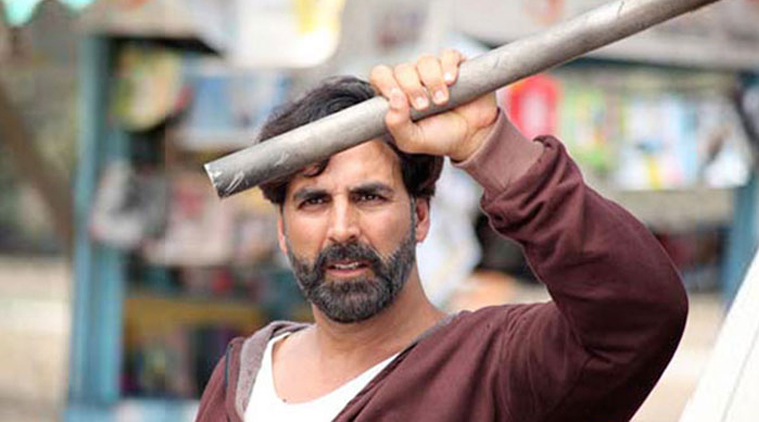 New Delhi: Angry and merciless, Akshay Kumar is portraying an image of Gabbar, who takes on the corrupt system and politicians in his own style, in his recently released film â€˜Gabbar is Back.â€™

But the movie somehow could not live up to the expectations of some people. The Indian Medical Association (IMA) has demanded removal of some derogatory scenes from the movie.

IMA, the umbrella body of doctors practising modern medicine, has decided to boycott Akshay Kumar and Sanjay Leela Bhansali movies after their movie ‘Gabbar is Back’ showed them in poor light.

The Association, which has more than 2.5 lakh members across India, has sent a letter to the Union Minister for Information and Broadcasting, saying that the movie has shown the medical profession in a bad, derogatory and unrealistic manner.

“IMA is anguished about the way medical profession is projected in the movie â€˜Gabbar is Backâ€™. We have marked copies to the Censor Board and the Union Health Minister, hoping that some action will be taken on the same,” Jayesh Lele, president-elect, IMA-Maharashtra, said.

Lele said the movie shows doctors in extremely poor light as they carry out a fraudulent act of providing medical treatment to a person who is dead, even before arrival at the hospital.

“The hero of the movie is aware that the patient is dead, as he is carrying a death certificate with him. However, he still approaches the hospital as if the patient is alive. This sends a wrong signal to society and we strongly condemn this,” Lele said.

Written by AR Murugadoss, the movie is produced by Sanjay Leela Bhansali and Viacom18 Motion Pictures.

“The movie is a total instigation of the general public against medical profession. With violence against doctors on the rise, such type of an unjustified message through the movie will only add fuel to fire,” he added.

In its letter, IMA has demanded that the objectionable scenes be immediately censored and till such time, the movie be banned.