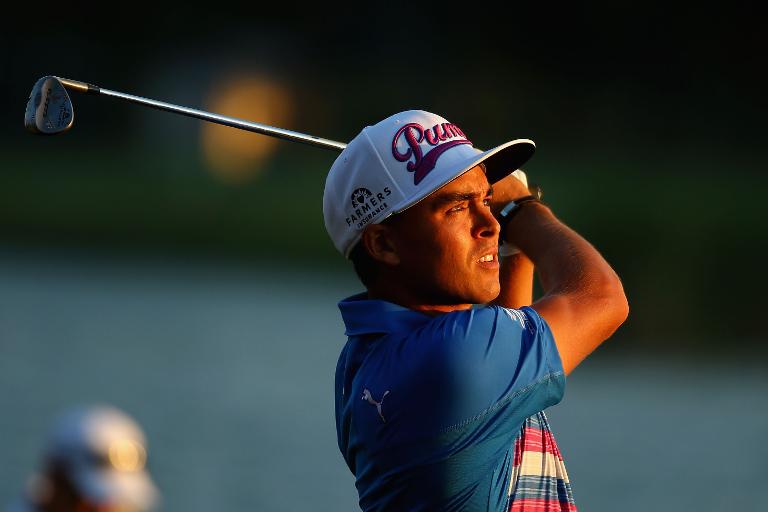 It was the first win in three years for Fowler, who survived the tournament’s first three-hole aggregate playoff before toppling Kisner in a sudden-death hole at number 17 at the TPC Sawgrass course.

“I had to wait a long time for this,” Fowler said. “I would say this is a pretty big one.

“I am happy about the week. This is one to look back on for sure.”

Fowler, who was recently voted by his peers as one of the most overrated players on tour, played the final six holes of regulation in six-under par to close out a five-under 67. That run got him into the clubhouse at 12-under-par 276.

At 17, Kisner’s tee shot stopped 12 feet past the hole. Fowler then stuffed his tee shot to about five feet.

Kisner missed his birdie putt on the left and Fowler rolled in his putt for birdie and his second career PGA Tour title.

Rory Sabbatini (69) and Kevin Na (71) tied for sixth at nine-under, while world number one Rory McIlroy closed with a 70 to end in a share of eighth at eight-under-par 280.

Tiger Woods ended The Players with his worst four-round total, closing with an even-par 72 to finish three-over 291 for the week. He finished tied for 69th.

The 14-time major champion Woods was coming off a tied for 17th performance at The Masters which had him hoping he would be able to improve upon that at The Players.

Fowler’s second birdie in the playoff at the island green 17th allowed him to clinch the title.

“I felt good all week,” Fowler said. “I had a lot of confidence coming off last week. This is special.”

The trio returned to the 16th tee for a three-hole aggregate playoff. All three missed the fairway at the par-five and laid up with their second shots.

After reaching the green in three, they all two-putted for par. The group shifted to the 17th, where all three players hit the green with their tee shots.

At the 18th, all three players hit the fairway off the tee. Garcia hit his approach just over 15 feet from the cup, while Kisner and Fowler came up short. They both made par.

Garcia needed to make birdie to stay in the three-way playoff, but the Spaniard came up short. He made par for a total of 12 in the playoff.

Fowler and Kisner posted scores of 11 for the three holes, allowing them to advance to a sudden death hole on 17.