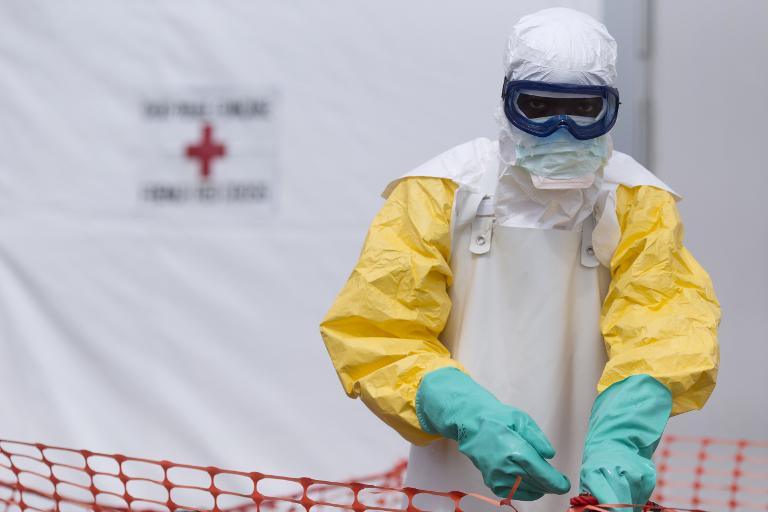 A UN-sponsored report on Monday denounced the World Health Organization’s slow response to the Ebola outbreak and said the agency still did not have the capacity to tackle a similar crisis.

“It is still unclear to the panel why early warnings approximately from May through to July 2014 did not result in an effective and adequate response,” an interim report by a six-member expert team said.

WHO only declared a global public health emergency on August 8 — almost five months after the outbreak had taken hold in west Africa.

The epidemic has left more than 11,000 dead, mainly in the west African nations of Guinea, Liberia and Sierra Leone, out of over 26,000 cases.

“There were serious gaps in the early months of the outbreak in terms of engaging with the local communities,” the report said.

The panel, set up on March 9, is led by Barbara Stocking, who formerly headed Oxfam. It will present its final report in June.

The interim report comes a week ahead of the World Health Assembly in Geneva, where more than 3,000 delegates and health ministers from 194 member states are expected.

The Ebola crisis and its handling is one of the top items on the agenda.

Stocking sidestepped questions on whether WHO staff, including its chief Margaret Chan, bore personal responsibility for the tardy response, or whether it was due to a mixture of missed signals and inefficiency on their part.

But Stocking said following the outbreak, “there is no doubt there is a lack of confidence in WHO and WHO has to win that back.”

The expert panel said the health systems of the three worst-hit countries were fragile but added that WHO’s coordination with them and key actors on the ground was weak and inadequate.

These were compounded by “unreliable reporting on the spread; problems with information flow within WHO; and difficult negotiations with countries,” it said, adding: “All these factors need to be addressed.”

The report said that “at present, WHO does not have the operational capacity or culture to deliver a full emergency public health response.”

The experts stressed that it took WHO “until August or September 2014 to recognise that Ebola transmission would be brought under control only when surveillance, community mobilisation and the delivery of appropriate health care to affected communities were all put in place simultaneously.”

WHO chief Chan had at the end of January acknowledged blistering criticism of the UN health agency’s Ebola response, saying the crisis had “delivered some horrific shocks and surprises.”

“Ebola is a tragedy that has taught the world, including WHO, many lessons also about how to prevent similar events in the future,” she said, adding: “Never again should the world be caught by surprise, unprepared.”

The report said there were “serious gaps in the early months of the outbreak in terms of engaging with the local communities.”

Although traditional cultural practices, including funeral and burial customs, contributed to virus transmission, “culturally sensitive messages and community engagement were not prioritised,” it said.

“Essentially, bleak public messaging emphasised that no treatment was available and reduced communitiesâ€™ willingness to engage,” it added.

The report said WHO should put in place a multi-disciplinary team and called for greater funds for the organisation to help it tackle future crises.

“A strengthened, well-funded WHO can support all countries as they prepare to meet the challenges of increasing global interdependence and shared vulnerability,” it said.