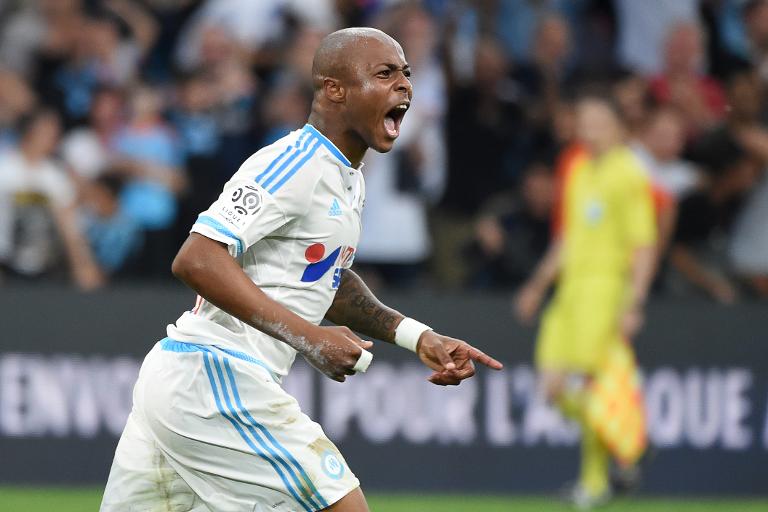 Two late goals for Marseille kept their hopes of Champions League football next season alive with a 2-1 comeback win over Monaco in Sunday’s late Ligue 1 match.

It took the Principality side just one minute to take the lead after Joao Moutinho pounced on a defensive mistake.

But Marseille hit back with 10 minutes to go as Andre Ayew headed home his ninth goal of the season before Romain Alessandrini secured the three points with just three minutes to play.

Since coming back from the international break at the start of April, one-time leaders Marseille’s title hopes have evaporated and their Champions League aspirations had nearly followed suit ahead of their first home win since January.

The win sends Marseille back into fourth place, just two points behind their opponents of the night.

“Our aim was to win this match but I’ve seen the table and we’re third. Now we just have to take the points required to keep that place,” Monaco’s Leonardo Jardim explained.

“I feel we had a very good first half, we had four good chances to score more than one goal. Had we been more efficient, we’d have scored a second. We could have won that game.”

Monaco had opted for a defensive formation with former Chelsea defender Ricardo Carvalho moving up in midfield alongside Geoffrey Kondogbia to replace captain Jeremy Toulalan, who is just back from injury and started on the bench.

Bielsa wanted his Marseille side to bombard the visitors early on and gave Romain Alessandrini the nod ahead of struggling Florian Thauvin while defender Rod Fanni was also benched.

But Monaco were the ones on the front foot from the off with Portugal midfielder Moutinho scoring after just 50 seconds.

This perfect start stunned Marseille as it took them 25 minutes to react through an Alessandrini strike, slightly deflected by Aymen Abdennour, that didn’t worry ‘keeper Danijel Subasic.

Monaco gained confidence and Fabinho tested Steve Mandanda from a distance before Bernardo Silva found the post, following a Yannick Ferreira-Carrasco run inside the box just before half-time.

The second half, however, changed everything as Marseille fought back as Dimitri Payet and Thauvin piled on the pressure.

But it was Ayew who levelled with a powerful header following a good run by Payet on the left before the French international delivered his 15th assist of the season for Alessandrini.

It was Monaco’s first league loss since a 1-0 defeat at Guingamp in early February, and they remain third, two points ahead of Marseille and Saint-Etienne.

Earlier on Sunday, Saint-Etienne moved closer to Champions League football with a 5-0 drubbing of Nice in Ligue 1.

Montpellier, the 2012 champions, also kept their Europa League chances alive with a last-gap 1-0 win at Lens.

Montpellier remain seventh in the table with two games left but are only three points adrift of Bordeaux in sixth, which will be good enough to qualify for next season’s Europa League as long as Paris Saint-Germain beat second-tier Auxerre in the French Cup final later this month.

PSG’s 6-0 hammering of Guingamp on Friday, coupled with nearest rivals Lyon’s 3-0 capitulation at Caen on Saturday, means the capital club are now on the brink of winning a third successive Ligue 1 title.

Paris are six points clear of Lyon with two games left so need just a point away to Montpellier next weekend to take the crown.