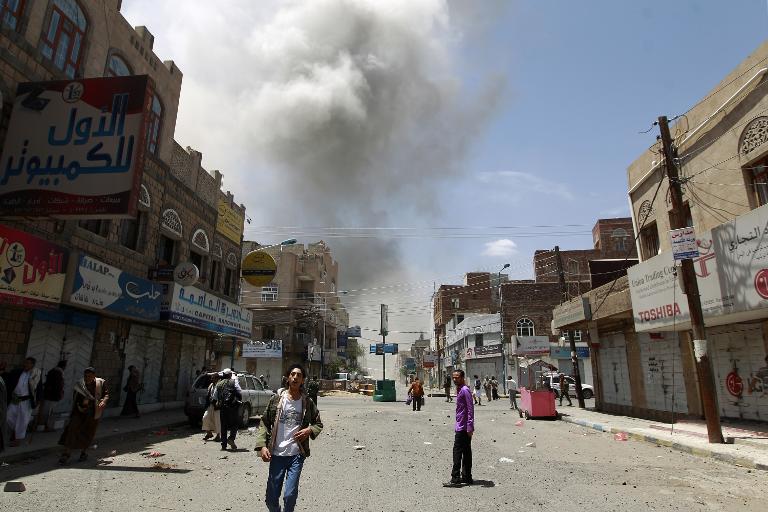 The coalition pounded the Shiite Huthi rebel stronghold of Saada in the northern mountains for a third straight night after declaring the whole province a military target on Friday.

Aid agencies say some 70,000 civilians have fled the province, which borders Saudi Arabia, but that many more remain trapped in the coalition air and artillery bombardment because of a lack of fuel for transport.

“We are living under a very difficult and unprecedented humanitarian situation,” said one Saada resident, who asked not to be named.

“We want to leave Saada but can’t due to the financial situation and the shortage of fuel,” the resident said. “The Huthis are also trying to stop civilians from fleeing.”

The United Nations has expressed deep concern about the civilian death toll from the bombing — an estimated 1,400 people have died in the conflict since March — and the humanitarian impact of the air and sea blockade Saudi Arabia and its allies have imposed on its impoverished neighbour.

Riyadh has offered a five-day truce from 2000 GMT Tuesday to enable aid deliveries. It has stressed the offer is conditional on the rebels reciprocating and not exploiting it for military advantage.