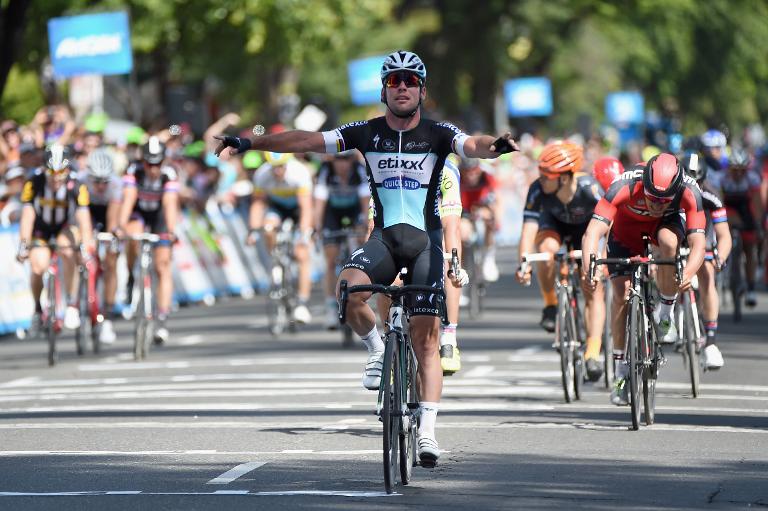 Mark Cavendish clinched the opening stage of the 2015 Tour of California with a strong finishing kick to beat out Peter Sagan and Jean-Pierre Drucker.

The Etixx rider fought off all the challengers to take his 10th win of the season and pull on the first leader’s jersey of the race which is celebrating its 10th anniversary.

Andrew Talansky, of Cannondale Garmin, was forced to pull out of the race during the stage because of a virus.

Cavendish got some help from teammate Mark Renshaw, who recovered from an earlier crash when he hit a pothole. With Renshaw providing the leadout, Cavendish shot off his wheel forcing Slovakia’s Sagan to settle for second.

“We timed it just right,” Cavendish said. “When I saw Sagan in the wind I knew I had it.”

John Murphy, of the US, finished fourth while Canada’s Guillaume Boivin rounded out the top five.

The Tour of California was first held in 2006 and is one of the most important cycling races in North America.

The key stages for the overall are expected to be the stage six, 24-kilometre time trial at Big Bear Lake and a gruelling climb to the Mount Baldy finish line the next day.