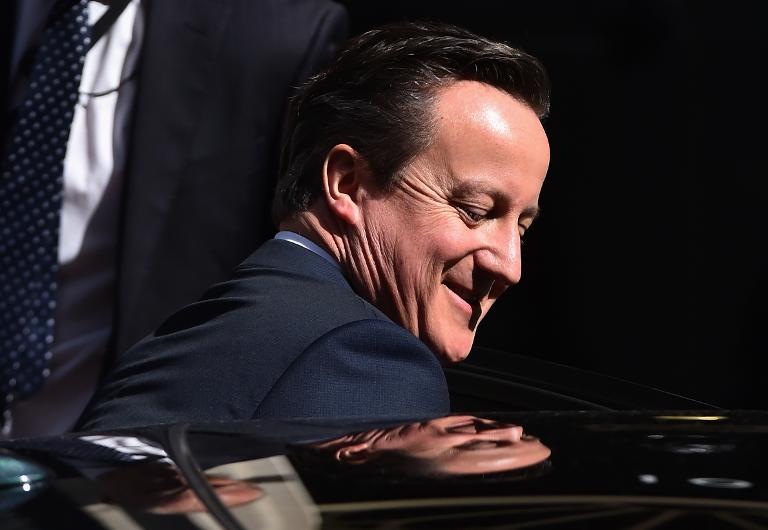 British Prime Minister David Cameron unveiled his new cabinet on Monday after an unexpected election victory that gave his Conservative party an outright majority in parliament for the first time in nearly 20 years.

Cameron stressed continuity in his leadership team, with most top jobs remaining unchanged.

Other parts of Britain’s post-election landscape fell into place as the anti-EU UK Independence Party rejected the resignation of its leader Nigel Farage and new MPs arrived at parliament for the first time.

Cameron received a rapturous reception from MPs from his centre-right Conservative party when he met them in the House of Commons, with repeated banging of tables and applause audible from outside the meeting room.

Afterwards, his finance minister and de facto deputy George Osborne, who will oversee a fresh round of austerity cuts after keeping his job, said the meeting was a “massive moment of celebration and congratulation for the prime minister”.

As well as keeping Osborne at the Treasury, Phillip Hammond remains at the Foreign Office and will work on renegotiating Britain’s relationship with Europe before a referendum on leaving the European Union (EU) by 2017.

Theresa May, tipped with Osborne and Johnson as a potential successor to Cameron when he steps down by 2020, remains interior minister and Michael Fallon stays at defence.

London Mayor Boris Johnson, who has another year in the job, does not get a ministerial post but will attend meetings of Cameron’s political inner circle.

The Conservatives won 331 out of the 650 seats in the House of Commons in Thursday’s election, which gave Labour 232, the SNP 56 and the Liberal Democrats just eight.

The Labour party is split on its future direction between centrists and leftists and was due to hold initial talks on Monday ahead of a formal meeting on Wednesday of its national executive committee.

UKIP’s Farage had vowed to resign as leader if he failed to win a seat in the Commons, writing it would be “frankly just not credible” for him to continue.

But after he lost in the coastal seat of South Thanet, UKIP’s National Executive Committee rejected his resignation Monday, citing “overwhelming evidence” that UKIP members did not want him to quit.

“He cannot just carry on as if it’s business as usual,” Sturgeon told reporters as SNP MPs gathered for a group photo outside parliament.

“People in Scotland have voted for change and they will expect to see changes.”

MPs will be formally sworn in next Monday and Queen Elizabeth II will deliver her traditional speech at the State Opening of Parliament on May 27, which will outline the Conservatives’ legislative proposals.

Cameron has promised to hold an EU membership referendum within two-and-a-half years but commentators say the issue threatens to divide the Conservatives and overshadow the rest of its programme for government.

Speaking after Cameron met the influential 1922 Committee of backbench MPs, one eurosceptic said the prime minister had stressed “the importance of unity in the next five years”.

“The last thing I or any other Tory MP want is a lot of rows over Europe,” the MP said, speaking anonymously.

Anti-austerity protestors clashed with police outside Downing Street on Saturday and are preparing a larger demonstration next month against cuts to public services.