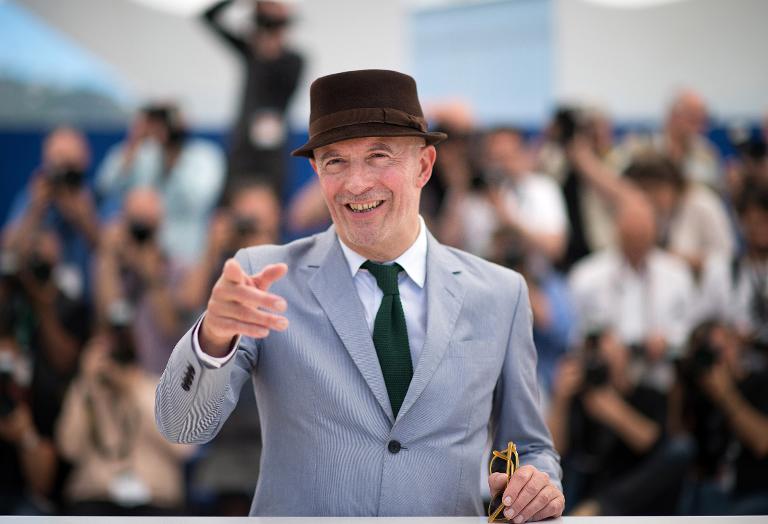 France and Italy are leading the charge for the Palme d’Or trophy at the Cannes Film Festival opening this week, energised by a new generation of French female directors and an unexpected embrace of English by Italian filmmakers.

The two countries are the strongest contingents in the official line-up of movies selected, underlining a European tilt at this year’s festival.

France has five films in the Palme race, while Italy has three — a remarkable show of strength in a field that counts just 19 movies from around the world.

“French cinema this year is utterly impressive. We could have put in seven films,” Thierry Fremaux, the festival’s director and chief selector, said last month when he presented the list.

As the host country of the Cannes Film Festival, France customarily gets a couple of berths in the official list, but five slots is very unusual.

Just one of the directors is a Cannes veteran: Jacques Audiard, who won the festival’s runner-up Grand Prize six years ago for “The Prophet.” He is back with “Dheepan,” a movie about a Sri Lankan refugee struggling to live on the fringes of Paris society.

Newcomers Stephane Brize and Guillaume Nicloux will be presenting, respectively, “The Measure of a Man,” about a supermarket security guard asked to spy on his colleagues, and “Valley of Love,” a drama starring Gerard Depardieu and Isabelle Huppert and set in California’s Death Valley.

Two female directors — both of whom are actresses who have moved behind the camera — are also in competition.

Maiwenn, who picked up Cannes’s Jury Prize in 2011 for “Polisse,” had her latest movie about a passionate but complicated relationship, “Mon Roi,” selected. Valerie Donzelli will be presenting her “Marguerite & Julien,” about a 17th-century incestuous couple.

Additionally, Cannes’s opening film on Wednesday — part of the official selection, though not in competition for the trophy — will be “Standing Tall” by female French filmmaker Emmanuelle Bercot.

The surge of a new generation of female directors in France was an overdue rebalancing, said Jean-Michel Frodon, a cinema historian and critic.

“Cannes has in the past been attacked over the number of women in its selections, and apparently the organisers wanted to correct things,” he told AFP.

The Italian contingent, by contrast, is represented only by male directors.

But, in line with a broader Cannes trend, two of the three Italian films were made in English.

“The Tale of Tales,” by Matteo Garrone (who won the Grand Prize in 2008 for “Gomorra”), stars Salma Hayek and Vincent Cassel in a fantasy collection of three fables.

Only Nanni Moretti, a Cannes darling who won the Palme in 2001 for “The Son’s Room,” sticks mostly to Italian with his semi-autobiographical “My Mother” — but even then, US-Italian actor John Turturro adds some of the international lingua franca to the mix.

Regardless, the Italian press has stressed how unusual it is to have so many Italian movies at Cannes — some years have seen none — and have dubbed the directors “the three musketeers.”

Sorrentino, Garrone and Moretti have issued a joint statement expressing their pride, and saying they hoped their Cannes showing will stimulate other Italian directors “seeking less obvious and conventional paths.”

Yet for all the buzz and hopes, some in Italy’s cinema industry say subsidy cutbacks are hollowing out national production.

“Over the past 35 years, Italy has become a country of television,” lamented Gian Luca Farinelli, head of the Cineteca di Bolgone film archive.

“This country has forgotten what cinema has given it, how it became an instrument of education for generations of Italians.”