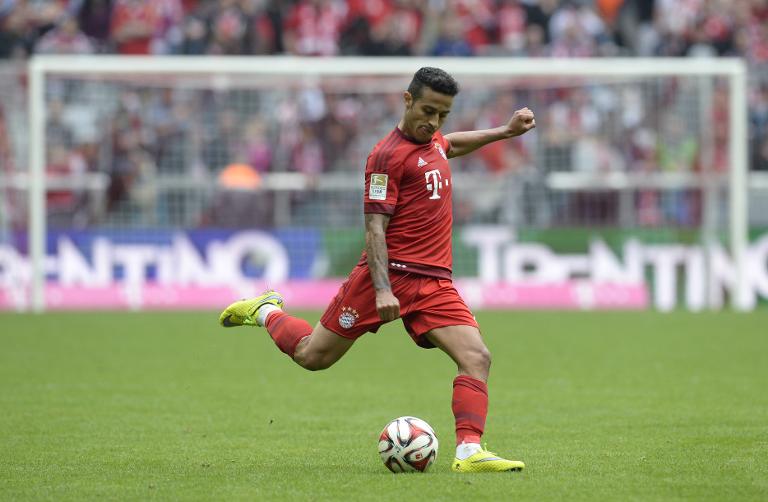 Pep Guardiola has promised embattled Bayern Munich will put up a fight in Tuesday’s Champions League semi-final, second-leg, in their near-impossible bid to deny Barcelona an eighth final appearance.

Bayern are chasing a miracle at the Allianz Arena after their humbling 3-0 first-leg defeat at the Camp Nou last Wednesday when Lionel Messi capped a dazzling display with two goals.

No team has ever over-turned a three-goal deficit in a European semi-final.

“We all know it’s going to be a mammoth task, but we’re not going to give up,” said Bayern forward Thomas Mueller.

Bayern believe they can claim a historic win with Germany captain Bastian Schweinsteiger suggesting: “Sometimes unbelievable things happen in football and we hope we’re going to catch one of those days”.

But their confidence has been dented by losing their last four games since winning the German league for the 25th time a fortnight ago and the losing streak is their longest since 1991.

In Saturday’s latest defeat, Bayern crashed 1-0 at home to neighbours Augsburg and had to play 77 minutes with ten-men after reserve goalkeeper Pepe Reina was sent off.

Having also lost 2-0 at Leverkusen the previous week before their drubbing in Barcelona, it is the first time Bayern have failed to score in three consecutive games for 15 years.

But Bayern coach Guardiola, a former Barcelona boss, insists his side must keep their dreams alive.

“I am realistic, that is the only way you can win,” said the Spaniard, who has warned his side they risk being routed unless they contain Barcelona’s star-studded attack.

“The dream is still there and we have 90 minutes. It won’t be easy, but I am a fighter.”

In contrast, Barca are in fine form having scored 19 goals in their last four games.

They are poised to win the Spanish league title after beating David Moyes’s Real Sociedad 2-0 on Saturday which left them four points ahead of rivals Real Madrid.

Brazil star Neymar has now scored in each of his last six matches to take his tally for the season to 35, while Barca have now not conceded for seven straight games.

But Barca coach Luis Enrique refuses to believe Bayern will bow out of Europe without a fight.

“I saw it (the defeat against Augsburg). They lost, but they played 70 minutes with 10 men. We will suffer a lot in Munich,” said the Barca boss.

“They are a unique opponent, who know what it is like to turn around important matches already this season.

“We will never think that it is done, nor even that it looks very good for us. We need to defend as far away from our goal as possible.”

One ray of hope, as Bayern goalkeeper Manuel Neuer put it, is the fact Guardiola’s side emphatically turned their 3-1 quarter-final, first-leg defeat at Porto into a 6-1 rout in Munich with five goals in the opening 45 minutes.

But in-form Barca are a different proposition after Messi dazzled in the first leg with two goals and an assist for Neymar’s 94th-minute goal.

“We have to give our all. We have showed many times how well we can perform in Munich,” said Bayern’s top-scorer Robert Lewandowski, who will again play with a protective mask after fracturing his nose and cheekbone nearly two weeks ago.

“It’s not yet over and we’ll fight to the end.”