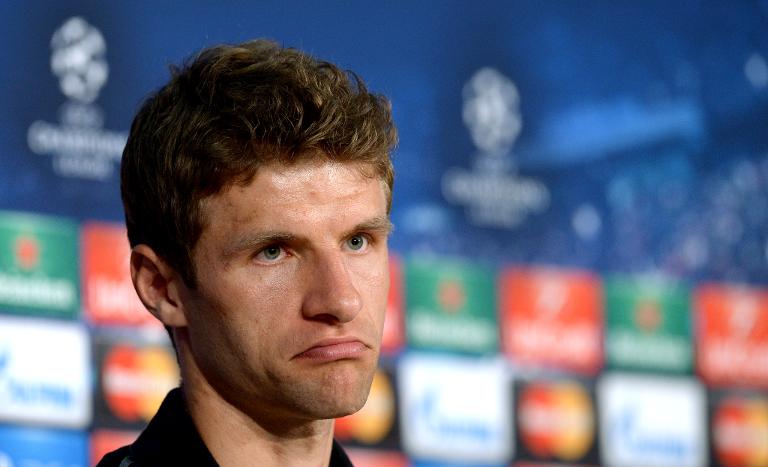 Thomas Mueller believes Bayern Munich can make a statement to the footballing world by surmounting their three-goal deficit to beat Barcelona in Tuesday’s Champions League semi-final.

Bayern left themselves with a mountain to climb in Munich in order to reach the June 6 final in Berlin after losing last Wednesday’s first leg 3-0 at the Camp Nou.

Having already turned over a 3-1 first-leg defeat to triumph 6-1 against Porto in the quarter-finals, Mueller believes Bayern can again pull off the unlikely and shock the Spanish league leaders.

“I wouldn’t say that we need a miracle,” said 25-year-old Mueller.

“Since we left the Camp Nou we have wanted to make up for it.

“If we go through, it will be a statement which the football world didn’t expect.

“Whether or not that could be classed as a miracle is up to you, but in football, many things are possible.

“That’s why there’s still hope and we still believe in ourselves.

“We’re in a similar position to when we were sat here two weeks ago.

“We can’t expect things to go like they did against Porto, but that’s what we need.”

Nevertheless, Mueller is under no illusions of what to expect with Barcelona — and Lionel Messi in particular — currently in supreme form.

“We need passion, determination, the support of the fans and to believe in ourselves,” he said.

“The goal is for things to turn out the way they did against Porto, but we know that won’t be easy.

“We have to find the right mix of better attacking and to be more calm on the ball, which was our problem last time against Barcelona.

“We have nothing to lose against Barca and this is how the players and the coach are approaching the match.

“We’ll give it a try, it is not over yet. We will give everything until the referee blows his whistle.”

Messi was the architect of Bayern’s downfall in Barcelona with two goals before setting up Neymar for their third.

The hosts are determined not to concede a goal, but neither can they focus purely on keeping Messi subdued.

“Everyone knows how good he is, a player like that can do virtually nothing all game and then turn the match with one pass, but it’s not just about him.”