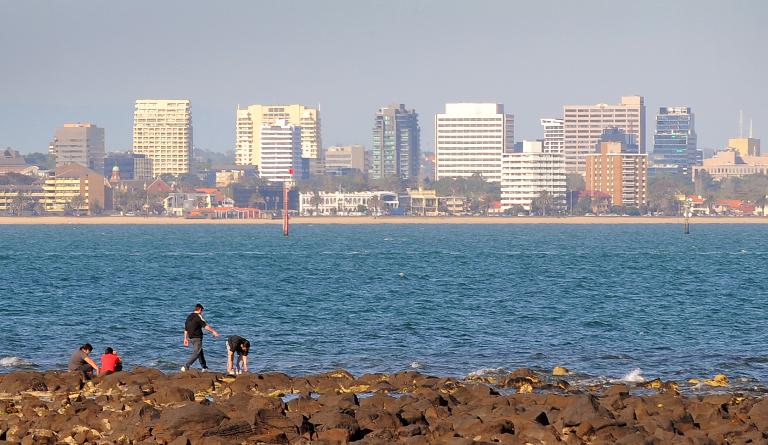 An Australian teenager charged with involvement in a “well advanced” terrorist bomb plot was remanded in custody Monday, with the 17-year-old saying nothing during a brief court appearance.

Police allege the boy, who was arrested during a raid on his family home in a Melbourne suburb on Friday and cannot be named for legal reasons, was planning to target a public event.

Three improvised explosive devices were allegedly found by police at the house in Greenvale and the teen was charged with planning a terrorist act and possessing items connected with a terrorist act.

He appeared in a Melbourne children’s court flanked by police during a brief hearing. No bail was applied for and he was remanded to reappear on May 26.

Victoria state acting police Chief Commissioner Tim Cartwright said on Sunday investigators were at this stage not looking for anyone else in connection with any plot, but they were exploring the possibility of online radicalisation.

“The Internet provides people the opportunities to radicalise from across the world. It is a real concern for us,” he said

Cartwright added that it was not yet known if a specific event was targeted although reports said Mother’s Day celebrations on Sunday may have been the focus.

A woman identified by the Melbourne Herald Sun as the boy’s sister said her brother was “against” Islamic State. “If he was swaying to another way, I think we would know,” the woman said.

Australia raised its threat level to high last September and has since carried out a series of counter-terrorism raids, with alarm fuelled by the departure of more than 100 of its nationals to Iraq and Syria to fight with Islamic State jihadists.