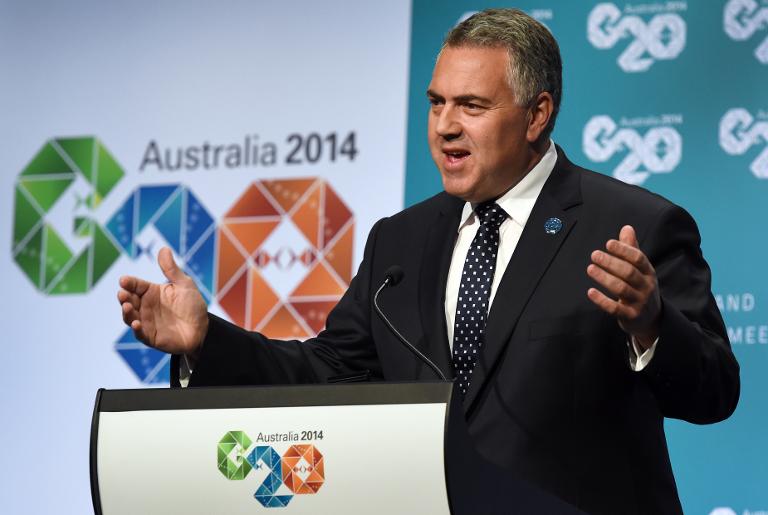 Australia on Monday announced plans to go after large multinational firms shifting profits offshore to minimise taxes, with 30 companies in the government’s sights.

It also outlined proposals to force companies selling digital products, such as streamed content and e-books, to pay a goods and services tax.

Treasurer Joe Hockey, who last year said the practice of corporations shifting profits amounted to “theft”, said he would reveal the new legislation when he hands down the national budget on Tuesday.

“The government will be proceeding with new tax integrity measures in the budget,” he said, adding that the multinational anti-avoidance law would target the activities of 30 identified companies.

“These companies are diverting profits earned in Australia away from Australia to no tax or low-tax jurisdictions,” said the treasurer.

The initiative comes amid increased efforts by governments around the world to crack down on global firms that use complex corporate structures to lower their tax bills.

The inquiry heard Google Australia in 2013, for example, made Aus$358 million (US$275 million) in income, generated profits of just over Aus$46 million and paid Aus$7.1 million in tax.

The firms insisted they had paid the taxes they owed under the country’s laws.

Hockey did not name any of the companies being targeted, or say how much revenue the government hopes to get back, but said the Australian Tax Office had spent months embedded in some of the world’s biggest firms.

They had noted that billions of dollars in profits have been transferred offshore to minimise tax in Australia.

A usual scenario was to operate in Australia with billing occurring out of Singapore.

“The money is transferred to Ireland and then advantage is taken of a range of different EU tax procedures in relation to royalties,” said Hockey.

Under the planned rules, the Tax Commissioner will have the power to recover unpaid taxes and issue a fine of an additional 100 percent of the unpaid taxes plus interest.

Australia made closing corporate tax loopholes and endorsing a common reporting standard to increase transparency a key focus of the G20 meetings last year when it assumed the rotating presidency.

As well as targeting profit-shifting, Hockey plans to impose a Goods and Services Tax (GST) on digital products.

“It is plainly unfair that a supplier of digital products into Australia is not charging the GST whilst someone locally has to charge the GST,” he said.

“When the GST legislation was originally drafted, it did not anticipate the massive growth in the supply of digital goods like movie downloads, games and e-books from overseas.”