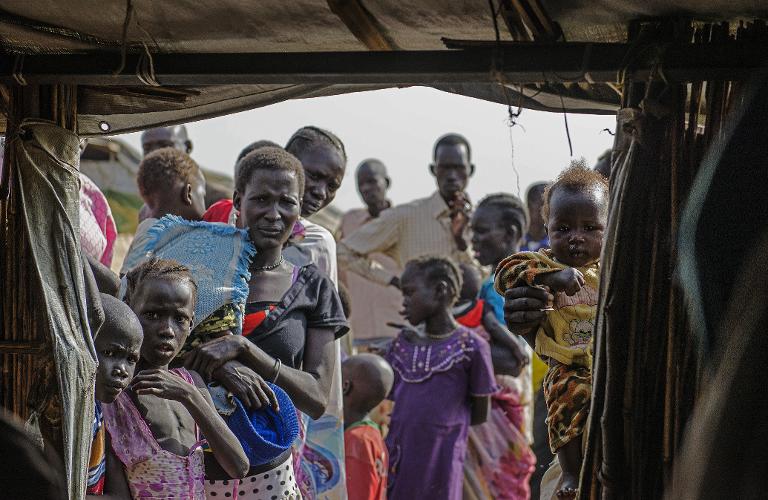 Over 300,000 South Sudanese civilians are without “life-saving aid” in the northern battleground state of Unity, the United Nations said Monday, as it and aid agencies pulled out due to heavy fighting.

The violence is some of the worst in the country’s 17-month-old civil war, as government forces push south from the state capital Bentiu into an opposition zone around the town of Leer, home to some of the country’s once lucrative oil fields.

“Ongoing hostilities in Unity state have now obliged all non-governmental organisations and UN agencies to evacuate staff from Leer and other locations,” UN aid chief in South Sudan Toby Lanzer said in a statement.

“As a consequence, over 300,000 civilians who are in need of emergency relief, including food aid and medical services, do not currently have access to such life-saving assistance.”

On Friday the UN said that up to 100,000 people had been uprooted in the first week of May alone, following a marked spike in hostilities.

Doctors Without Borders (MSF) said Saturday it was forced to pull its foreign staff out of Leer and halt all medical services amid fears the rebel-held town was about to come under “imminent attack” from government forces.

The International Committee of the Red Cross has also warned that escalating fighting between forces loyal to President Salva Kiir and rebel leader Riek Machar was forcing thousands of civilians to flee for their lives yet again.

Leer, the birthplace of Machar, was ransacked by government forces in January 2014. Gunmen looted the MSF hospital, murdering patients in their beds and razing the building to the ground.

MSF has since rebuilt the hospital, the only referral facility in opposition areas.

South Sudan’s civil war began in December 2013 and has been characterised by ethnic massacres, rape and attacks on civilians and medical facilities.

Peace talks in neighbouring Ethiopia have so far failed to reach any lasting agreement, or even an effective ceasefire.

The violence, which has escalated into an ethnic conflict involving multiple armed groups, has killed tens of thousands of people in the world’s youngest nation, which gained independence from Sudan in 2011.

It has also left over half of the country’s 12 million people in need of aid, with 2.5 million people facing severe food insecurity, according to the UN.

“Renewed violence in southern Unity comes at a time when stocks of food are depleted, and precisely at the height of the traditional planting season when civilians could be planting their crops in order to reap a harvest later this year,” Lanzer added.