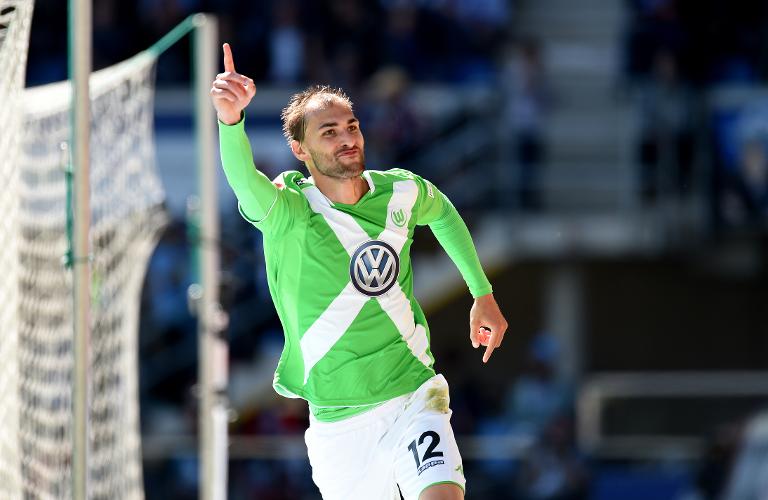 Dost’s double leaves him with 19 goals in all competitions as Wolfsburg went back up to second with just two games left.

The 25-year-old showed his predatory skills by pouncing on a parried save eight minutes from time to slot home his second.

Paderborn pulled a goal back when midfielder Lukas Rupp hit the top right-hand corner with a speculative shot on the edge of the area just before the whistle.

The defeat keeps Paderborn 17th, but with all still to play for as just two points separate the bottom five teams of Hamburg, Freiburg, Hanover 96, Paderborn and bottom side VfB Stuttgart with two games left.

Schalke dropped to sixth after their 2-0 defeat at Cologne means Robert di Matteo’s side has won just one of their last eight league games and in danger of dropping out of the European places for next season.

Schalke are just two points ahead of neighbours Dortmund, who are making a late bid for a Europa League spot after starting February last in the table.

Bayern host Barca facing an uphill task having been routed 3-0 in Spain, when Messi scored twice, which followed defeats to Borussia Dortmund in the German Cup semi-final and a league defeat at Bayer Leverkusen.

But Augsburg grabbed the winner when Danish midfielder Pierre-Emile Hoejbjerg, on loan from Bayern, put in a cross which Bobadilla deftly back-heeled on 71 minutes.

Borussia Moenchengladbach are virtually sure of joining Wolfsburg and Bayern directly in the Champions League next season after their 3-0 win over fourth-placed Bayer Leverkusen.

Borussia Dortmund enjoyed a 2-0 win at home to Hertha Berlin as goals by defenders Neven Subotic and Erik Durm lifted Dortmund to seventh.

Hanover remain third from bottom after their 1-1 draw at home to Werder Bremen while Stuttgart stayed at the foot of the table despite their 2-0 win over Mainz.

Mid-table Eintracht Frankfurt enjoyed a 3-1 win over Hoffenheim while Hamburg stayed above the relegation places with a 1-1 draw at home to Freiburg on Friday thanks to Gojko Kacar’s 90th-minute equaliser.