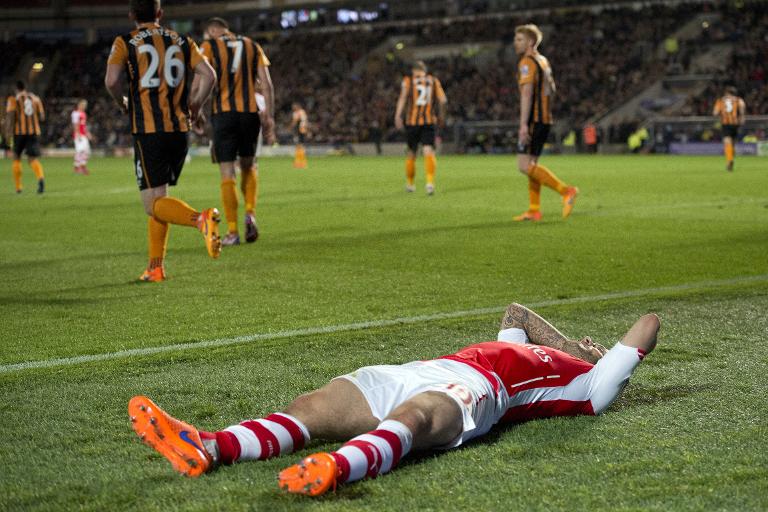 The Premier League may be drifting towards something of an anti-climactic conclusion, but Arsenal feel they still have plenty to play for ahead of Swansea City’s visit on Monday.

With Chelsea having secured the title and Champions League qualification all but decided, there seems scant scope for drama at the top of the table over the season’s last two weeks.

But with an FA Cup final to look forward to and the prospect of a first runners-up finish since 2005, Arsenal manager Arsene Wenger has urged his team to keep their foot firmly on the accelerator.

“We feel we have made progress in our consistency, our quality and our stability,” said the Frenchman.

“That is what we want to continue and I believe it is important to finish as close as possible to Chelsea and come out of the season and think we are ready to challenge next season.

“It is difficult to know how strong every team will be next year, but you gain confidence from what you have achieved the year before and how you have moved forward.

“That is why it is very important that we continue to be consistent until the end of the season.”

Arsenal have become renowned for belatedly clicking into gear in recent seasons and with a return of nine wins and one draw from their last 10 games, they are currently the division’s form team.

While the hope of winning a place for the cup final against Aston Villa on May 30 is sure to remain a motivating factor for Wenger’s players, Arsenal’s starting XI has been remarkably settled in recent weeks.

Wenger has fielded an unchanged side for four consecutive games — the first time he has done so since arriving at the club in 1996 — but with important players returning from injury, he hinted that he could shuffle his pack on Monday.

“I’m ready to change, but we had a stability on the tactical front, the confidence was there and I didn’t change recently,” Wenger said.

“I have no problems changing the players because they are all in very good shape, the players who practise. Players like Theo Walcott, Jack Wilshere, Kieran Gibbs, for example, were not completely there in recent weeks, but now they are all there on the competitive front. There’s no problem.”

Welsh midfielder Aaron Ramsey is a doubt for Monday’s game after taking a blow to the leg during last Monday’s 3-1 victory at Hull City, while forward Danny Welbeck is also expected to miss out with a knee problem.

Currently eighth in the table, Swansea are on course to record their highest top-flight finish since 1982, when they came sixth in the old First Division.

Victory at the Emirates Stadium would take them to within a point of seventh place, currently occupied by Southampton, which will yield a Europa League berth if Arsenal win the FA Cup.

But with Swansea having struggled to juggle their commitments when they played in the Europa League last season, manager Garry Monk has suggested that he would almost prefer it if his team did not qualify for Europe.

“I don’t want to stop anything that could be exciting for the club and the players,” said Monk, whose side beat Arsenal 2-1 when the teams met at the Liberty Stadium in November.

“I’m always pushing to win and finish as high as possible and if that takes us somewhere else so be it, but what comes with that is a lot of work in the summer.”

French striker Bafetimbi Gomis is due to return for Swansea after missing three games with a hamstring injury and could replace loan signing Nelson Oliveira, who damaged his ankle in last weekend’s 2-0 home win over Stoke City.